Why it is crucial Manchester City win the Champions League

Why it is crucial Manchester City win the Champions League 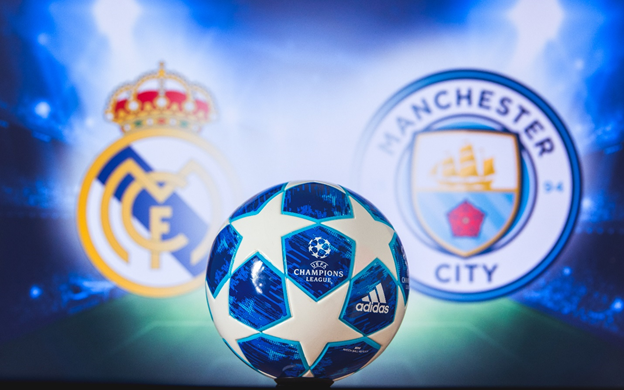 Pep Guardiola’s stint in the Premier League has been nothing short of thrilling and there’s no doubt he’s lifted a Manchester City side that were suffering towards the end of Manuel Pellegrini’s tenure. The 2015-16 season saw the Citizens humbled by Chelsea in the fifth round of the FA Cup, securing Champions League football by finishing fourth. It wasn’t plain-sailing with goal difference keeping them above rivals United who had to contend with Europa League football. Since then, City have come a long way, under the tactical nous of Guardiola.

His unprecedented success includes those back-to-back title wins in 2018 and 2019, the latter contributing to a domestic clean sweep and treble-winning campaign. City are set to face Aston Villa in the League Cup Final on March 1st and should they be successful at Wembley, they will make it six domestic trophy successes out of the last seven. Silverware is still very much on the agenda, with Guardiola’s side contesting both the FA Cup and Champions League too.

But of course, as far as the Premier League is concerned, their season is all but over. At the time of writing, Liverpool are runaway leaders, with the gap between first and second an unassailable 22 points – which is increasing every week. It isn’t a case of Liverpool being far superior – City’s performances have been lacklustre and whereas in their previous title-winning campaigns, they had the ability to underperform but grind out results, they’ve now been found out by their opponents. It appears they are suffering as a result of working under Guardiola for so long. The players so used to working under his regime that individuals no longer have freedom and as a result, are no longer shining. Not only has the consistency gone, but the sheer relentlessness and dogged determination they have previously shown has too.

It’s vital therefore, that Manchester City win the Champions League under his stewardship. It’s the only trophy to elude them so far, but under Guardiola, the closest they’ve come is the quarter-finals – on both occasions losing to fellow English opposition. Last season’s exit on away goals to Tottenham Hotspur would have been a bitter pill to swallow, despite their triumphs domestically. Guardiola has what it takes to win Europe’s premier club competition, having won it twice with Barcelona (in 2009 and 2011). In fact, the odds on Champions League outright winner are very much in City’s favour with the current market putting them ahead not only of Liverpool, but Paris Saint-Germain, Bayern Munich and Barcelona too.

Guardiola has come out and said that despite the successes he has achieved so far, while in Manchester, he will be branded as a failure if he doesn’t bring the Champions League trophy to the Etihad Stadium: “Last year was an extraordinary one for us but people say, ‘but you didn’t win the Champions League’. That is why I will be judged – if we don’t win it in my final period here, I will be a failure here, I know that.”

The players too, have consigned themselves to the predicament they are currently in. Winning the Champions League would secure their place in the competition next season – vital considering their league form – and midfielder Fernandinho recently revealed the alarming truth of their Premier League slump. He told ESPN: “We need to be careful because from now until the end of the season, we could lose more points and, subsequently, our [second] place in the table. We could even finish outside the Champions League places.”

City face Real Madrid at the Santiago Bernabéu on February 26th, a side who have recently found form and won every match in all competitions since the turn of the year. Los Blancos have harboured the changes since Guardiola was coaching in Spain and underperformed last season, finishing third in La Liga and only reaching the round of 16 in the Champions League. But can a squad that is so threadbare through injuries at the back and in attack, travel to one of football’s greatest cauldrons and take on the 13-time winners to keep the European dream alive? Can Guardiola recapture the magic or will it be a step too far?