1961/62 The NBA returned to Chicago after 11 years after the Stags who made it to the first championship series folded. The new team known as the Packers, who are the first expansion team to join the NBA in 12 years were not very good as they finished in last place with an awful 18-62 record. However, first round draft pick Walt Bellamay became an instant star winning the Rookie of the Year while finishing 2nd to Wilt Chamberlain with an impressive 31.6 ppg, and finishing 3rd in rebounds to Chamberlain and Bill Russell with a 19.0 per game.

1962/63 For their 2nd season the team changed its name to Zephyrs, but did not do much better finishing in last place again with a record of 25-55. Once again the Zephyrs would draft well salting Terry Dischinger who won the Rookie of the Year with a solid 25.5 ppg. The Zephyrs had the seed for a solid contender with back-to-back rookie of the year winners Bellamay and Dischinger. However, Chicago Fans would not get a chance to see it bear fruit as the team moved to Baltimore following the season.

1963/1966 After the Zephyrs left for Baltimore it would not take long for the NBA to return to the 2nd City as the expansion Chicago Bulls joined the NBA in 1966. The Bulls would finally go on to bring successful Professional Basketball to Chicago, winning 6 titles in 8 year in the 90’s with Michael Jordan who is widely considered the best player who ever lived. 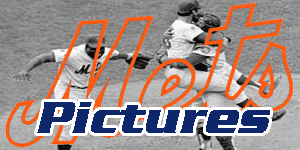 
Mets is a shortened form of Metropolitans. It is to represent the Mets as a team for the entire New York Metropolitan area.

Designed by sports cartoonist Ray Gatto, the bridge represents the return of National League baseball to New York. The skyline in the background also has special meaning. At left is a church spire, symbolic of Brooklyn, the borough of churches. The second building from left is the Williamsburg Savings Bank, the tallest building in Brooklyn. Next is the Woolworth Building, followed by a general view of midtown including the Empire State Building in the center. Than the last building on the right is the United Nations Building.

Manager of the Year: 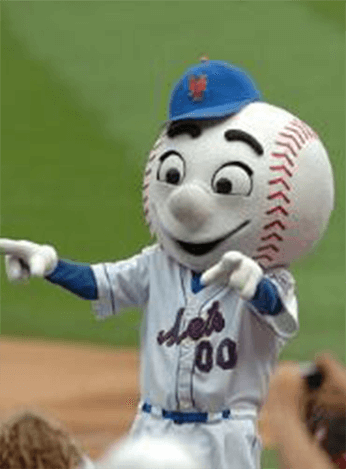 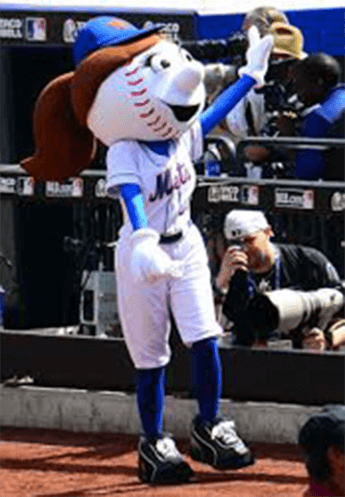 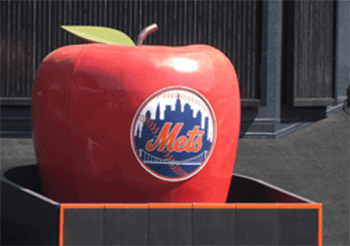