2019 Sports Ecyclopedia Star of the Year 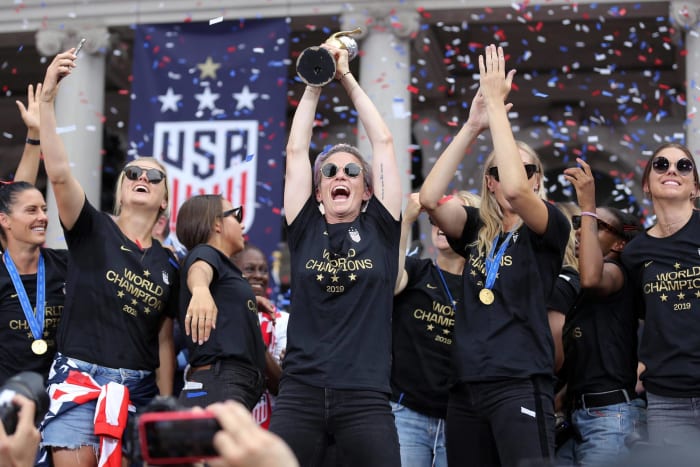 2019 US Women’s National Team
Everything wrong with the Men’s Soccer team is what is right with the Women’s National Team. In 2019, the American Women won the second straight Women’s World Cup, and their fourth overall, proving that Team USA is the true power in Women’s Soccer. As they fight for equal pay, the women of Team USA went into France. They dominated, never trailing at any point in the tournament as they crushed all opponents, making a loud statement along the way that nobody was going to stop them.