41 Goes Into The Rafters 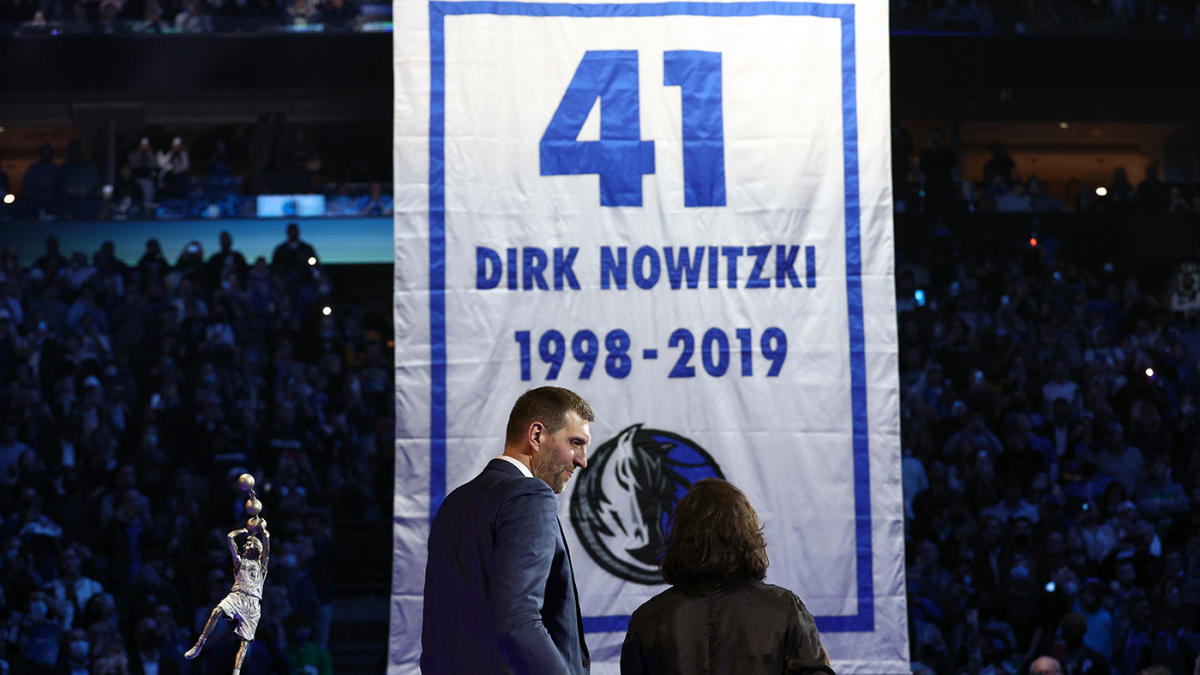 On Wednesday night, the Mavs hosted the Warriors, which served as an appetizer for a hall of fame moment. In a very competitive game, Dallas beat Golden State 99-82 behind Luka Doncic’s 26 points.  Steph Curry’s current shooting slump continued as he attempted 24 shots, only making 5.  The Warrior’s supporting cast did their best to shoulder the workload as Gary Payton II had 11 points and 11 rebounds, but it still wasn’t enough as Golden State lacked the offensive firepower to match the Mavs.

The win was the 4th straight for the Mavs, who seem to have found their footing since Doncic has returned to the lineup.  Both stars, Doncic and Curry finished the game game hobbled, and it remains to be determined if they will miss any time.

Getting back to the big story on the night.  Future Hall of Famer, and 2011 NBA Champion, Dirk Nowitzki’s number 41 was retired by the organization. He becomes the 4th Maverick to have his number prompted into the rafters forever. His peers include; Brad Davis, Derek Harper, and Rolando Blackman. Owner Mark Cuban also retired the late great Kobe Bryant’s number 24 as well.

Dirk was emotional on the night, and rightfully so, as he is unequivocally the best Maverick to ever represent the franchise.