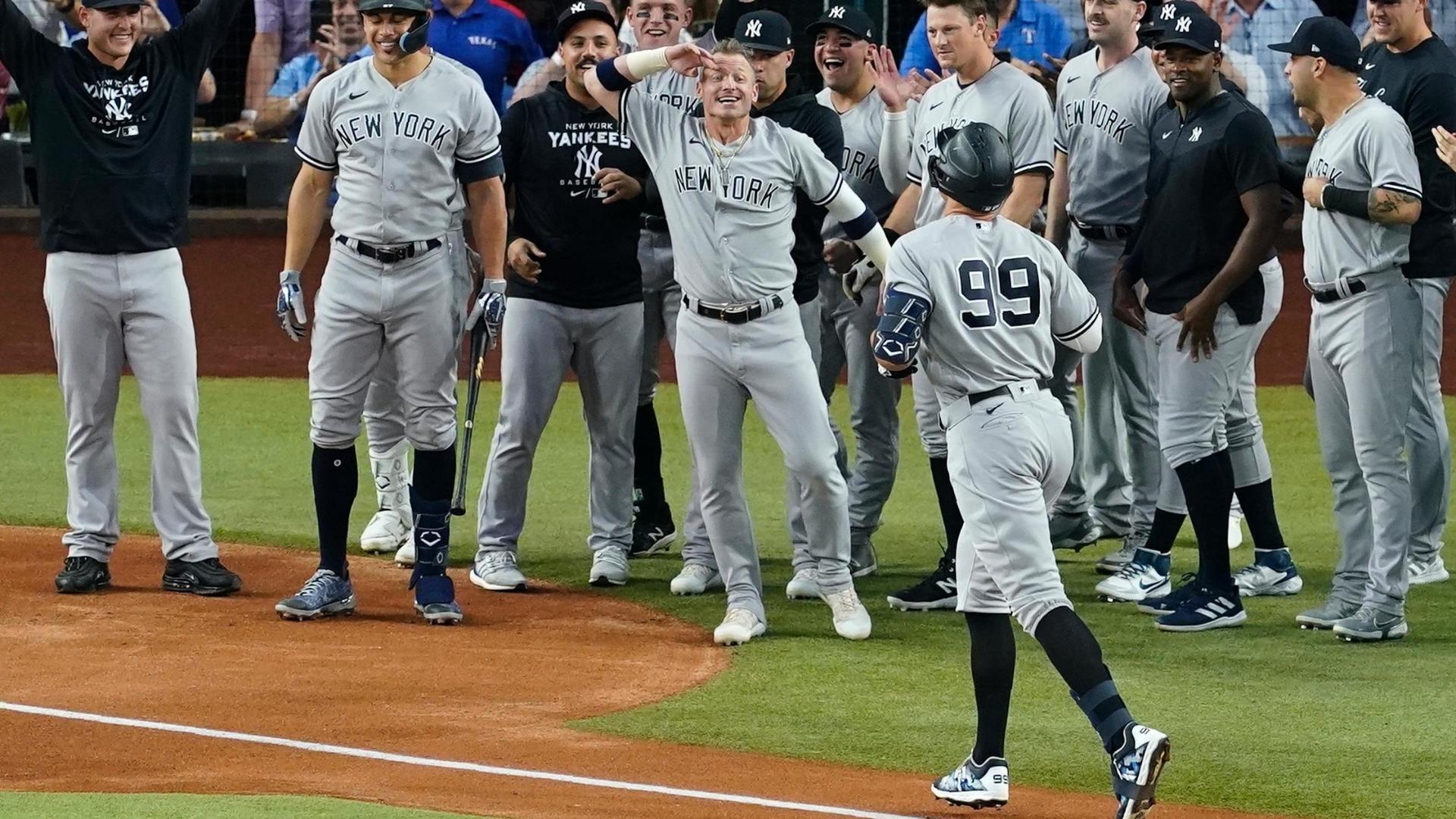 On Tuesday night in Arlington, TX, Yankees slugger Aaron Judge broke Roger Maris’ AL home run record of 61 long balls when he took a Jesus Tinoco pitch deep in the 2nd game of a doubleheader. The record breaking homer came in the 2nd to last regular season for Judge to break the AL record.

The Yankees lost the game though, as the Rangers broke a 7 game losing skid. Judge wasn’t the only Yankee who made history on the day, and Gerrit Cole set the regular season record for a Yankees pitcher as well. Having already clinched the AL East, the loss is not of major consequence to New York, as the story is set around their All-Star, and franchise cornerstone in Aaron Judge.

With one game left in the regular season, Judge has an outside chance at also winning the AL triple-crown as well.