A Jayhawk Comeback of Epic Proportions 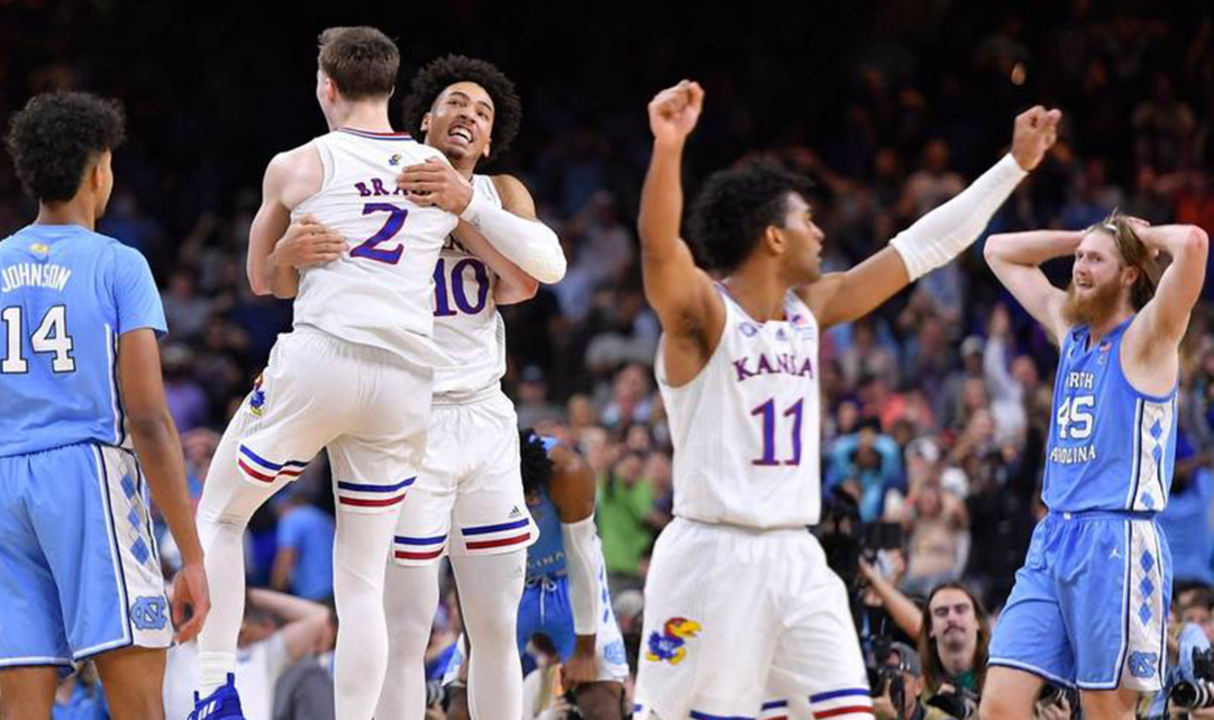 On Monday night the Men’s National Championship game tipped-off with the No.8 seed North Carolina Tar Heels challenging the No. 1 seed Kansas Jayhawks.

UNC has had a season to remember beating Duke twice, including Saturday in the Final Four.  KU was looking to win their first title since 2008, which they did in historic fashion.

Behind a well-balanced box score featuring 15 points from David McCormack, Kansas erased a 16 point deficit, the largest in Championship game history.  Ochai Agbaji was named Most Outstanding Player, as Kansas marched all the way to their 4th NCAA National Title.