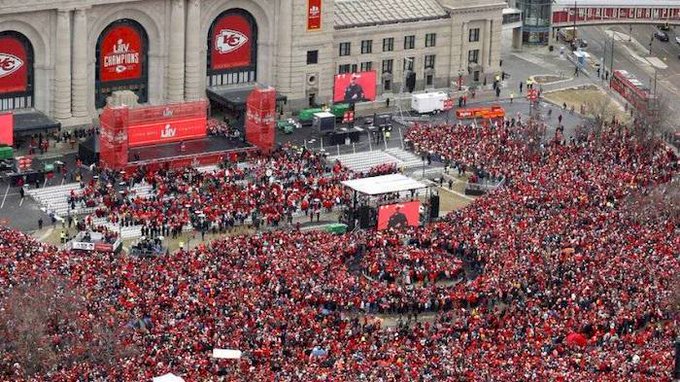 It was a party 50 years in the making, as one million fans braved sub-freezing temperatures as the Kansas City Chiefs were celebrated with a parade, three days after their victory in Super Bowl LIV. The parade had long been anticipated since the Chiefs last won the Super Bowl a half-century ago. The team road in double-decker buses, ending at Union Station, where players held a rally for the fans, who had come out despite wind chill values in the teens.