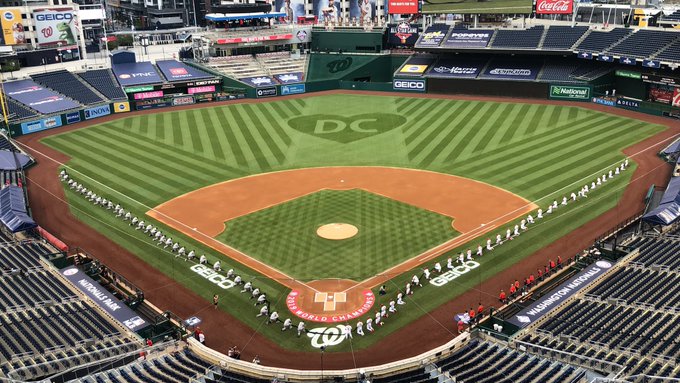 The 2020 baseball season is finally underway after a four-month delay. Even as teams were getting ready for the first game, the rules of the truncated 60-game season were being laid out. Just hours before the first pitch, the league and the players’ association agreed to expand the playoffs to 16 teams. This will make the next two months, one of the wildest sprints in the history of MLB. The season began in Washington, with Dr. Anthony Fauci, continuing his social distancing by not getting the ball anywhere near the plate. Both the New York Yankees and Washington Nationals kneeled with a black ribbon before the game. The game started with a bang as Giancarlo Stanton homered in the first inning, the Yankees built a 5-1 lead for Gerrit Cole before the rains came. The game would end in the sixth inning due to rain with Cole allowing one run and one hit with five strikeouts for the win. Later the Los Angeles Dodgers and San Francisco Giants repeated the ribbon ceremony in a game that saw the Dodgers slam the Giants 8-1 at Dodger Stadium.