A New Sheriff In Town 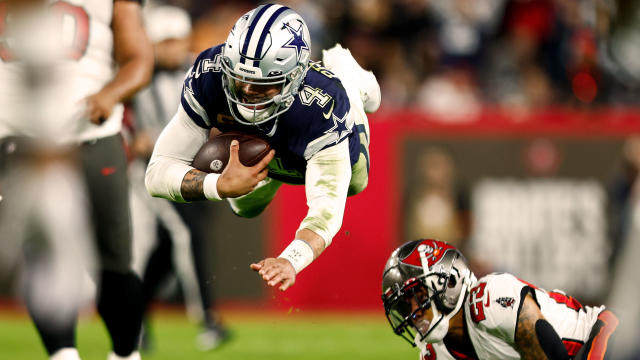 Super Wild Card Weekend came to an end Monday night in Raymond James Stadium. Moreover, the Tampa Bay Buccaneers season was also closed out abruptly by the hand of Dak Prescott and the Dallas Cowboys.

The NFC East team dominated the NFC South champs by a score of 31-14. The aforementioned Prescott showed off the power of his arm by throwing for 4 touchdowns and 308 yards, and rushing for 24 yards and a TD as well. The performance is Dallas’ first road playoff win since 1992, and now lines them up for a classic ’90’s postseason matchup in Levi’s Stadium against the 49ers.

Tampa’s tumultuous season now comes to an end. In what was an abysmal division as a whole, the Bucs barely made it to the postseason, and now have more questions than answers when it comes to the 2023-2024 campaign. Including whether or not Tom Brady will return for what would be his 4th season as a Buc.

Dallas will now prepare for the NFC West champs next Sunday, a game that is lined up to be one headliners of the Divisional Round.