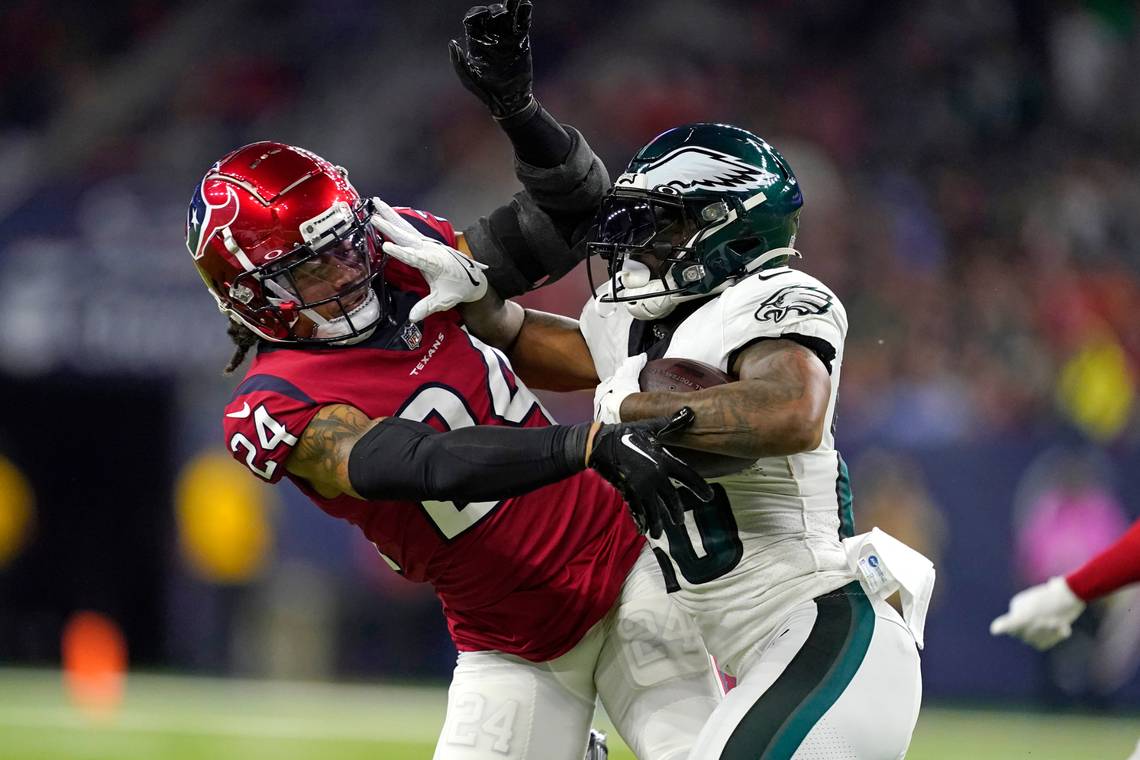 On Thursday night Philadelphia was in the spotlight once again as the Phillies hosted Game 5 of the World Series, and the Eagles traveled to NRG Stadium to take on the lowly Texans. While the Phillies lost to the Astros, and ironically will head to Houston for Saturday’s Game 6, the Eagles remained undefeated.

Beating the Texans 29-17. The win wasn’t pretty, but keeps Philadelphia as the only team in the NFL that is yet to lose a game. It’s also history for the NFC East team, as it’s the franchise’s first 8-0 start ever. Philly’s QB1, Jalen Hurts passed for 243 yards and two touchdowns.

The Texans kept the game close in the first half, but ultimately succumbed to Philly’s talent.  The Eagles will not take their mini-bye week and prepare for divisional rival in Washington on November 14th. A game they will be heavy favorites in to go 9-0.