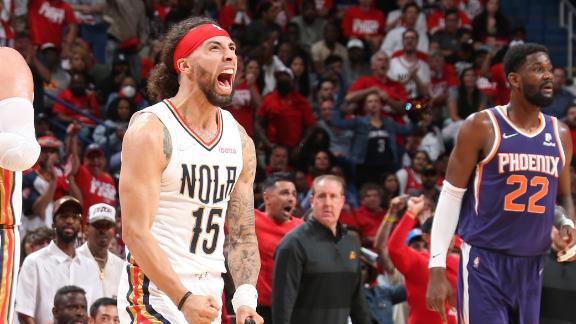 Game 4 of the Suns Pelicans series showed no matter how good a team may be, injuries will play a determining factor in who wins the NBA Championship.  Phoenix was the best team in the league this season, but the Devin Booker injury has left their postseason in serious jeopardy.

Behind 30 points from Brandon Ingram, and general scrappy play from New Orleans’ role players, they have tied the series at two games a piece.  Deandre Ayton had 23 points and 8 rebounds for the away team, but they lacked enough fire power to put away the Pelicans. The momentum of the series has shifted in New Orleans’ favor.

Phoenix will now travel back to the Footprint Center, and while they will still be without Booker, they’ll call upon their home court to provide them with a necessary spark to hopefully win Game 5 on Tuesday night.