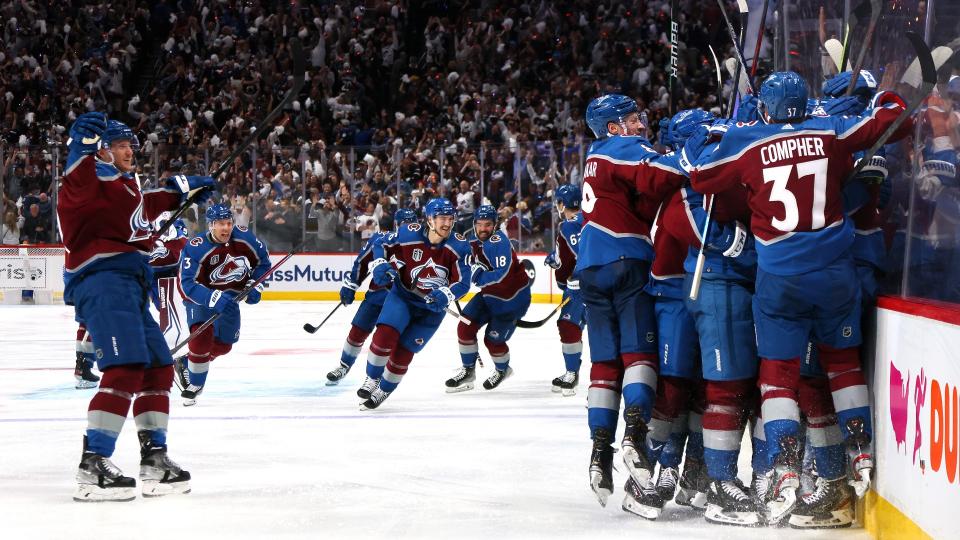 On Wednesday night the Stanley Cup Final commenced at Ball Arena in Colorado.  The back to back champs, in the Tampa Bay Lightning looked to remain sharp on their quest to three-peat.  An unprecedented feat in the current modern day salary cap era.  The Avalanche are appearing in the Final for the first time since they lifted their second Cup in 2001.

In what was a cagey affair early, Colorado’s home ice advantage assisted with them securing a 3-1 goal lead into the second period.  However, the Lightning showed why they’ve won 11 straight playoff series, as their resilience came to the forefront when Ondrej Pala and Mikhail Sergachev scored within 48 seconds apart to level the game at 3-3.

The game remained on a knife’s edge for the entirety of the third period, and within the first two minutes of overtime Andre Burakovsky scored for the Avalanche to clinch Game 1.  Game 2 will be on Saturday night, as the Lightning will surely make adjustments and give the Avalanche all they can handle once again.