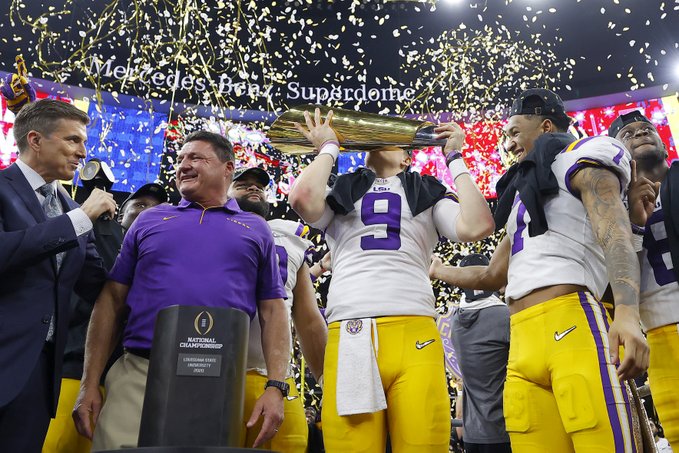 LSU is the College Football National Champions, dethroning Clemson with a 42-25 win in the National Championship Game in the Louisiana Superdome. It was a special season from the start for the Tigers, who finished 15-0, beating seven teams that were in the Top Ten along the way. Leading the way for LSU once again was their Heisman winning quarterback Joe Burrow, who capped his college career by passing for 463 yards with five touchdowns and running in another as the Clemson defense looked helpless. Things looked good for Clemson early as they held a 17-7 lead early in the second quarter as they sought to extend their winning streak to 30 games. However, Joe Burrow got on track and never looked, back closing the first half with three touchdowns as LSU cruised the rest of the way, with Burrow becoming the first player in NCAA history to have 60 touchdowns in a season.