Bengals Roar For The 1st Time In 31 Years 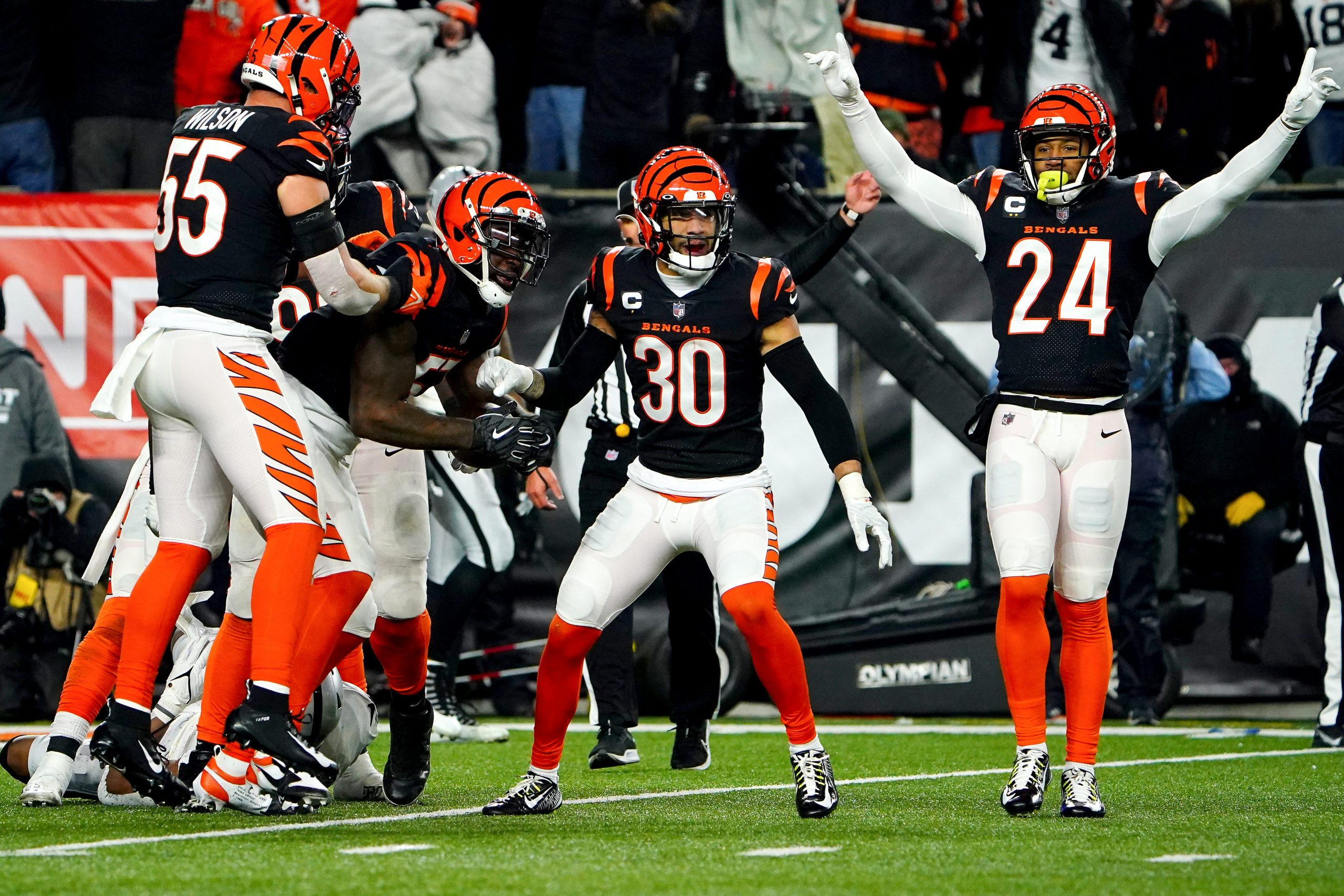 Super Wild Card Weekend kicked off at Paul Brown Stadium in Cincinnati.  The Raiders clinched their playoff birth in Week 18 of the season, while the Bengals won the AFC North. Having both been starved of playoff appearances, and success, no matter the outcome we’d have one team celebrate a playoff win that hadn’t in decades.

Behind the arm of former overall number 1 pick, Joe Burrow, the Bengals will move on to the Divisional Round after recording a 26-19 victory.  Las Vegas hung tough the entire game.  As they did during their tumultuous season off the field, the Raiders refused to quit on the field. Quarterback Derek Carr distributed the ball evenly to his receivers as he threw for 310 yards, one touchdown to receiver Zay Jones.

The game was slightly overshadowed by the amount of penalties, some questionable, and some not. The referees struggled to be decisive, and concise in big moments of the contest. None other than a touchdown Burrow completed to Tyler Boyd late in the 2nd quarter.  Jerome Boger’s officiating crew were apprehensive in their touchdown call.  Moreover, an inadvertent whistle should have blown the play dead before Boyd caught the ball, but the crew kept the play as a score for the home team.

The leg of Daniel Carlson kept the Raiders within striking distance though.  The game came down to the last play as the Raiders needed a touchdown to tie.  Derek Carr’s 4th down pass was broken up effectively ending the night, and the season for Las Vegas. The win is Cincinnati’s 1st in the post season in 31 years.  The Raiders have nothing to hang their head about, as they fought valiantly when most wouldn’t.  The Bengals will now await the other results of the weekend before they find who they’ll play next week.