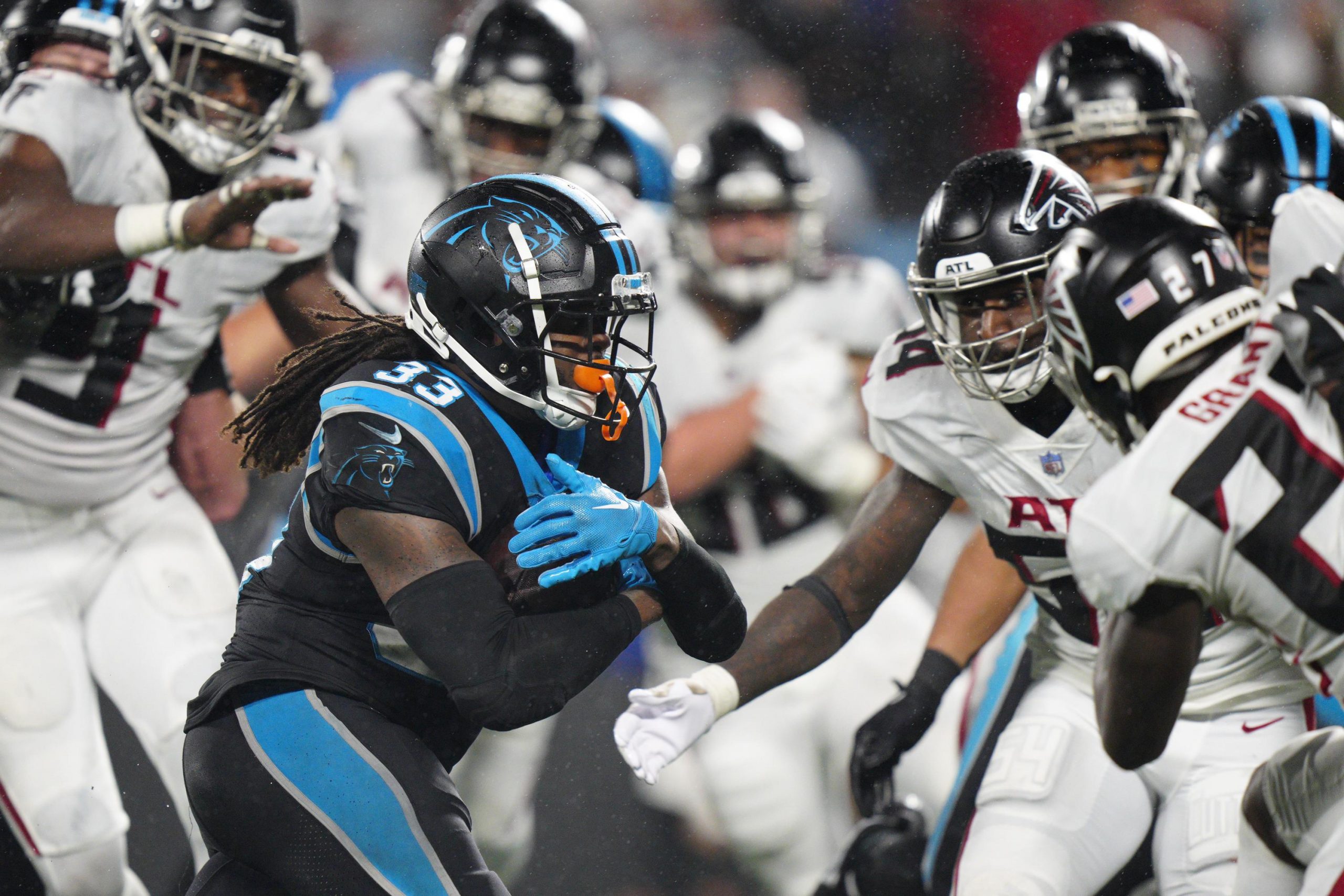 On Thursday Night Football, the 2-7 Carolina Panthers debuted a new all black uniform just in time for Black Panther II to hit the big screen. Unfortunately for the Atlanta Falcons, they didn’t get a chance to read the script for their Week 10 matchup, as they lost to Carolina, 25-15.

Once 4-4, and in 1st place within the NFC South, Atlanta has now dropped two straight, giving the division’s driver seat over to the Tampa Bay Bucs. The Panthers are not technically out of the playoff hunt, but right now they’ll just be celebrating their third win of the season. Since trading Christian McCaffrey, D’Onta Foreman has become the bell-cow running back he’s always hoped to be. Foreman totted the rock 31 times for 130 yards.

An impressive feat in the NFL during any era. In what was a rainy hard nosed rivalry game, the Panthers came out on top with a box office smash. Time will tell if they’ll be able to string together a couple more wins and push for a playoff spot.