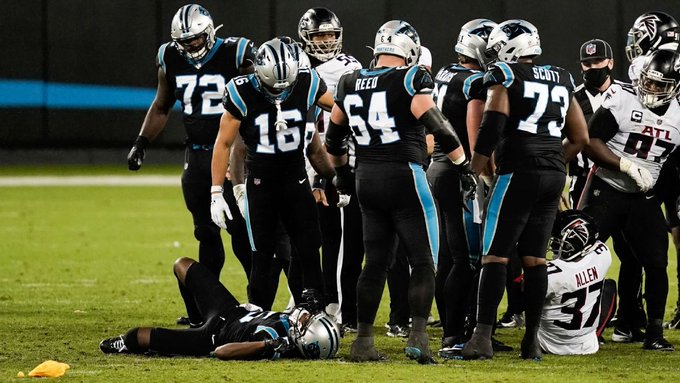 On a rainy night in Charlotte, the Carolina Panthers found themselves stuck in the mud as they suffered a 25-17 loss to the Atlanta Falcons. The Falcons got four field goals from Younghoe Kim as Julio Jones had seven receptions for 137 yards. The Panthers held a 14-6 lead early in the second quarter but scored just three points the remainder of the game. It was a bad night for Teddy Bridgewater passed for 176 yards, most of which came late as the Panther offense could never get on track. Carolina fell to 3-5 with the loss, while the Falcons sit at 2-6.