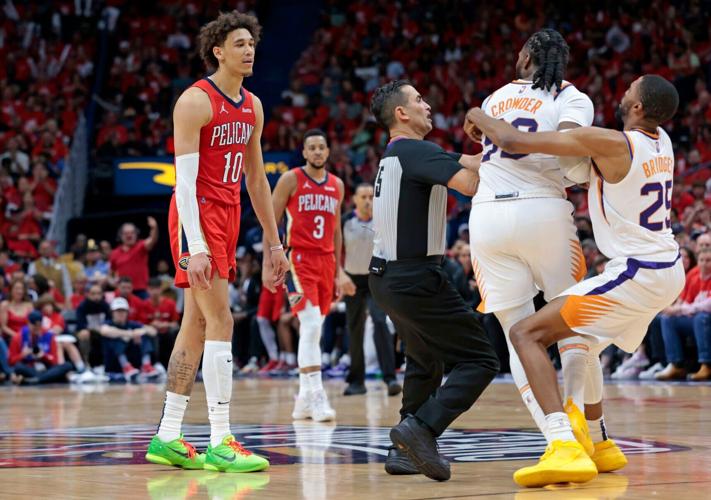 On Friday night the Devin Booker-less Suns traveled to the Smoothie King Center, and squeaked out a 114-111 victory on the road.

Future Hall of Famer, Chris Paul had 19 of his 28 points in the 4tgh quarter to shoulder the burden for Phoenix.  In a valiant effort by the Pelicans, led by their two best players, Brandon Ingram with 34 points, and C.J. McCollum with 30 points, they kept the game close, with chances to win it late.

It was all about Paul though, as he also played distributor, contributing 14 assists in the game.  Phoenix now takes a 2-1 series lead, which each team winning on each other’s home courts.  Game 4 will be Sunday, and again the Suns will play without Booker.  It remains to be seen whether or not they can continue in this rich vein of form without one of the best players in the league.