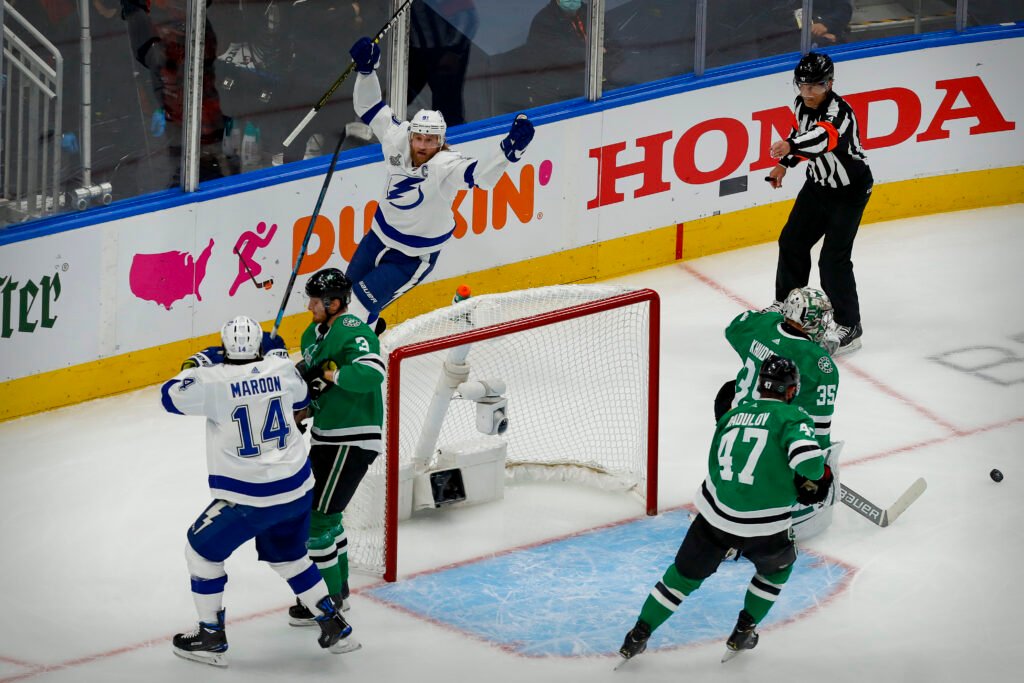 As February came to an end, the Tampa Bay Lightning got devastating news when captain Steven Stamkos suffered a core injury that ended his season. The damage took six months to recover from and usually would end a season, but with a four-month pause due to the COVID pandemic and the Lightning reaching the Stanley Cup Final, a window opened for Stamkos to return. Steven Stamkos played just three minutes but scored on his first shot, inspiring Tampa to a 5-2 win over the Dallas Stars in Game 3 on Wednesday. With the win, the Lightning has a 2-1 series lead with Game 4 on Friday.