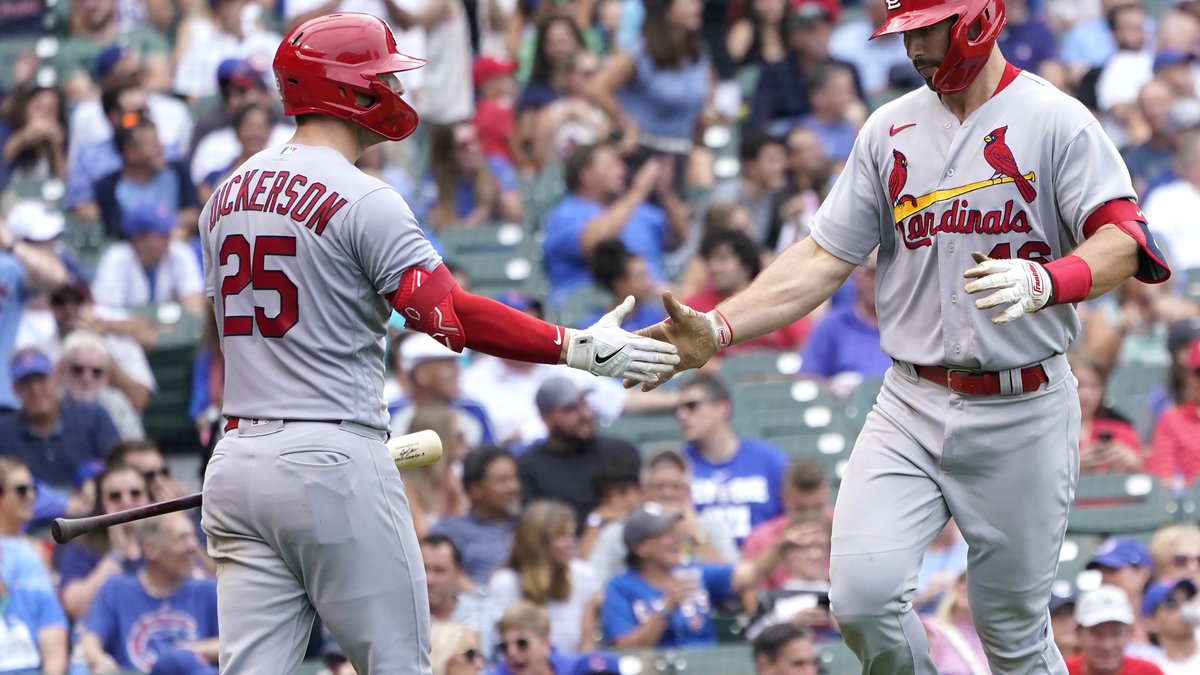 On Thursday the St. Louis Cardinals traveled to Wrigley Field. A frontrunner for MVP, Paul Goldschmidt hit his 32nd and 33rd home runs in the game, as the Cards beat the Cubs, 8-3.

The quiet first baseman has put himself in position to win the NL Triple Crown as he leads the National League in batting average, runs batted in, and is second in home runs. St. Louis’ Corey Dickerson made his own history in the game, as he recorded his 10th hit in 10 consecutive plate appearances, which is an expansion era record.

Chicago’s abysmal season continued as they lost their 4th in 6th outings. The Cardinals NL Central lead continues to grow, as they’re not ahead of the Brewers by 6 games. They’ll begin a hotly contested series with the Braves on Friday night at Busch Stadium,