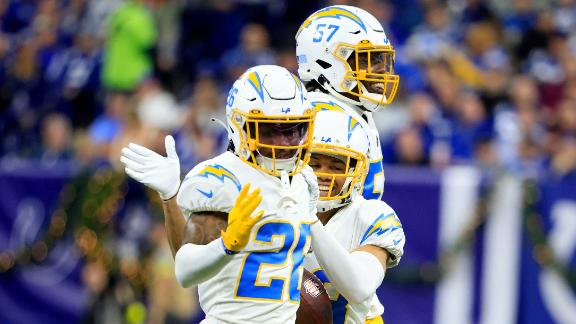 Week 16 in what’s been a long and extended week in the NFL season culminated at Lucas Oil Stadium between two teams headed in opposite directions. The Los Angeles Chargers came into the game at 8-6, one win away from clinching a postseason birth. Behind a stellar defensive performance, LA beat the Colts 20-3, securing a seat in the postseason for the first time since 2018.

Nick Foles got the start for Indianapolis as Jeff Saturday’s club looked for a spark, but there was no such fire to be found, as Foles threw three interceptions on the night. His counterpart, Justin Herbert wasn’t prolific, but did enough to win the game.

Having conceded the division to the Chiefs, the Chargers will play during Wild Card weekend, and could end up traveling to their division rivalry’s home in Arrowhead Stadium, or potentially Buffalo or Cincinnati. Which ever the case, LA will likely be a tough out come January.