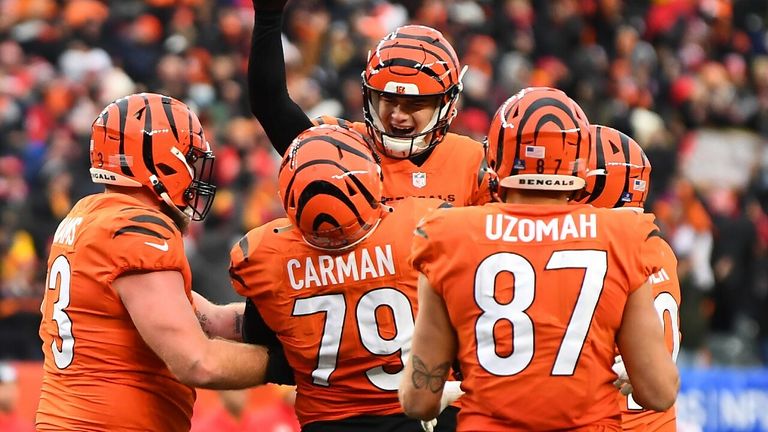 In a back and forth offensive showdown between two high powered offenses The Cincinnati Bengals bested the Kansas Chiefs 34-31.

The loss broke the Chiefs 8-game winning streak, which was the longest in the NFL. Quarterback Joe Burrow threw for 466 yards and four touchdowns in the game.  The Bengals came back on more than one occasion, as Burrow and his number one wide receiver threat, Ja’Marr Chase linked up for 11 completions.

Cincinnati’s geared up offense went on a last minute drive in the 4th quarter, which provided rookie kicker Evan McPherson the opportunity to make a 20-yard field goal as time expired.

The home victory clinches the AFC North for the Bengals, who will now host a playoff game, and are in the post season for the first time since 2015.  The Chiefs fall to 11-5, still atop of the AFC West, and will still like their chances in the tournament.