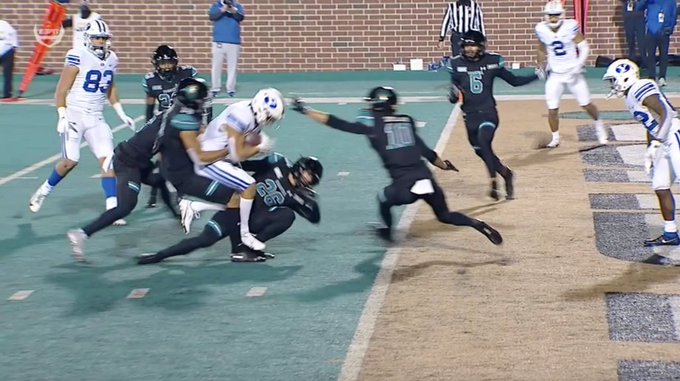 In one of the most unusual circumstances of the 2020 season, BYU, an unbeaten team ranked #13, was set to play Liberty. However, after Liberty was forced to cancel due to COVID issues, the Cougars accepted a challenge from Coastal Carolina, another unbeaten mid-major. The game was not made official until Thursday, meaning neither team had much time to prepare. The game was close throughout and full of intensity as the first half ended with a brawl. The Chanticleers, who never had a bigger game in their own backyard, held a 22-17 lead late, as BYU sought to win the game and move to 10-0. The game ended dramatically as BYU came one yard short of a game-winning score as Coastal Carolina became the first team from the Sun Belt Conference to beat a 9-0 team.