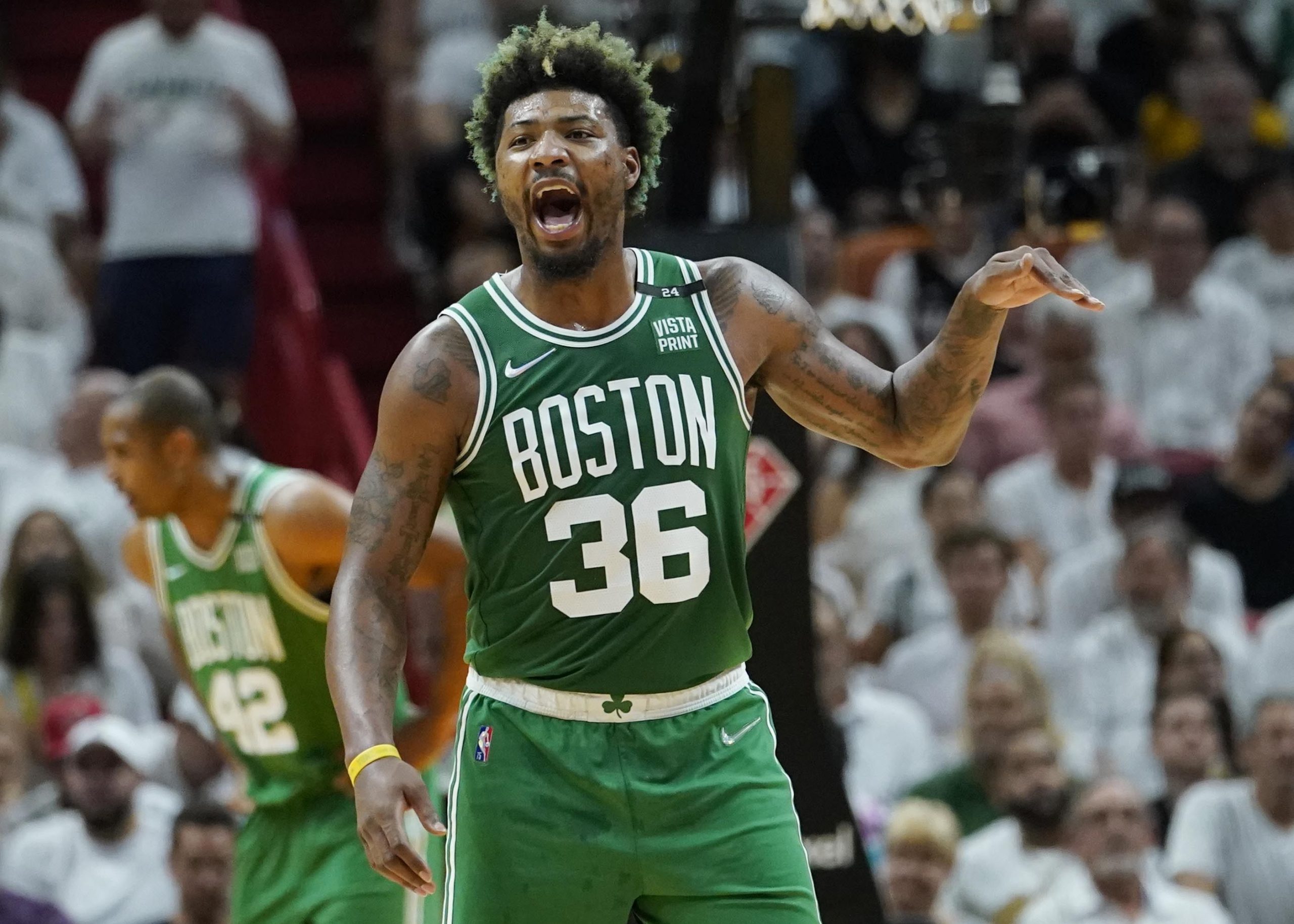 On Sunday night the Boston Celtics traveled back to Miami after failing to close out the Heat in Game 6 at the TD Garden.

The Heat welcomed back 6th Man of the Year, Tyler Herro to the lineup, but the mercurial talent couldn’t shake his groin injury, and didn’t play in the second half.  Ultimately, the Herro injury ended up being a microcosm of the series for Miami, as they fell short to the Celtics in Game 7, 100-96.

Miami’s list of hobbled players was too much to overcome, and the Celtics just did enough to edge out the one seed.  Jayson Tatum won Eastern Conference Finals MVP, leading Boston in scoring with 26 points.  Jaylen Brown and Marcus Smart both carried their fair share of the load adding 24 points a piece.

The Celtics are back in the NBA Finals for the first time since 2010.  Their reward for thwarting the Heat is to take on the favorites to win the Championship, in the Golden State Warriors.  Game 1 will be in San Francisco, at the Chase Center on Thursday night.