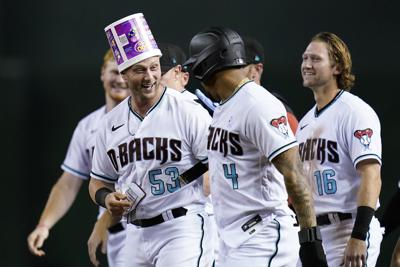 An NL West division matchup with a wacky ending took place at Chase Field in Arizona on Tuesday night. Down 6 runs late in the game history was made in the Diamondback’s favor. The Padres hit two batters with the bases loaded in consecutive at bats in the eighth inning. Then, in the ninth Jose Rojas scored the seventh run after a fielding mishap by the Padres.

Ironically, with their defensive issues, and 5 walks in the game, San Diego had zero errors. While they sit in second place, they’ve now lost three straight games, Arizona has won two in a row, but remain far off the Dodgers in first. The two game series will continue on Wednesday, as Madison Bumgarner will face Mike Clevinger.