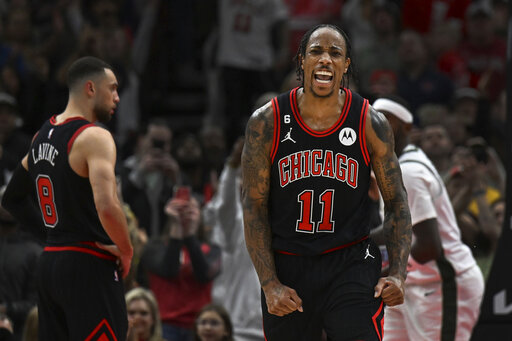 On Wednesday night at the United Center, the Milwaukee Bucks looked to stop a 3-game losing skid, but came up short  in overtime thanks to the hot hand of DeMar DeRozan.

Both Central Division teams have had hotly contested affairs as of late, and Wednesday night was no different. In the third quarter Greyson Allen knocked over DeRozan causing a skirmish between both clubs. It’s difficult to say whether or not the contact was incidental, but Allen’s reputation proceeds him dating back to his Duke days.

The occurrence between Allen and DeRozan sparked the Bulls into a comeback win, DeRozan scoring 42 points on the night. Milwaukee’s recently poor form as pulled them back to only a half game lead over Cleveland within the division.

The Bulls will try and make it 5 wins in their last 6 games against the Pistons at home tomorrow night.