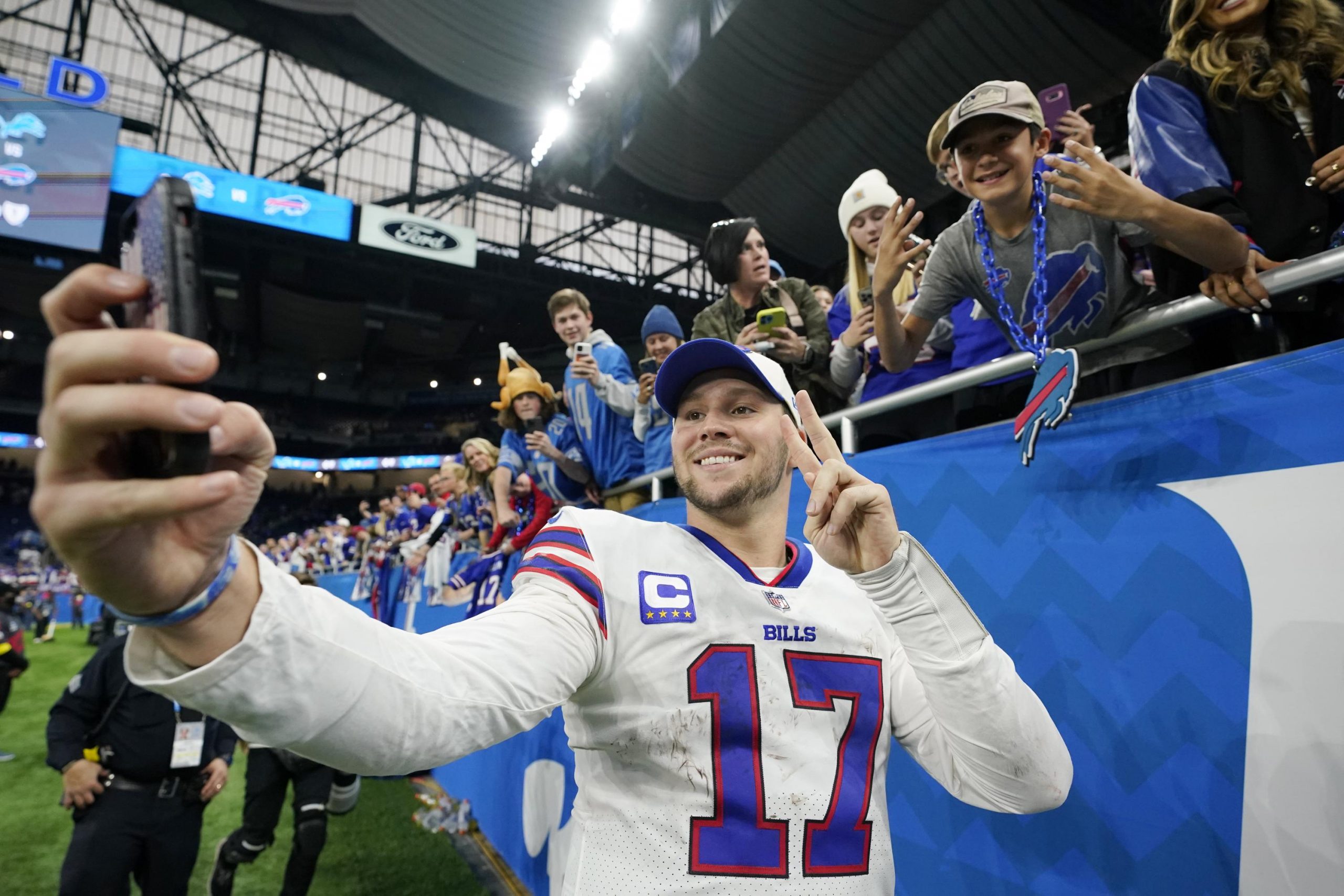 On the first of three Thanksgiving Day games, the Buffalo Bills played their 2nd game at Ford Field within 5 days, as they took on the surprisingly competitive Detroit Lions. Coming into the game the Lions had won 3 straight, and gave all the 7-3 Bills could handle, but came up just short, as Buffalo squeaked out a 28-25 victory.

In a game that saw the Bills welcome back Pro-Bowl corner Tre White, who tore his ACL last Thanksgiving in New Orleans. All-Pro Von Miller suffered a knee injury, leaving the Bills defensive front beleaguered. The Lions put the back to back AFC East champs to the test, forcing Josh Allen into another red zone interception, and taking a 3 point lead late in the 4th quarter.

After missing an extra point, Bills kicker Tyler Bass was given an opportunity at retribution with a 45 yard kick, and he delivered with 2 seconds left on the clock. With a chance at their 4th straight win, Detroit is now 4-7 after the loss, but have proved to be an improved team, headed in the right direction. As for the Bills, they will now wait for the result of the Texans Dolphins game to see if they’ll remain in 1st place after Sunday.