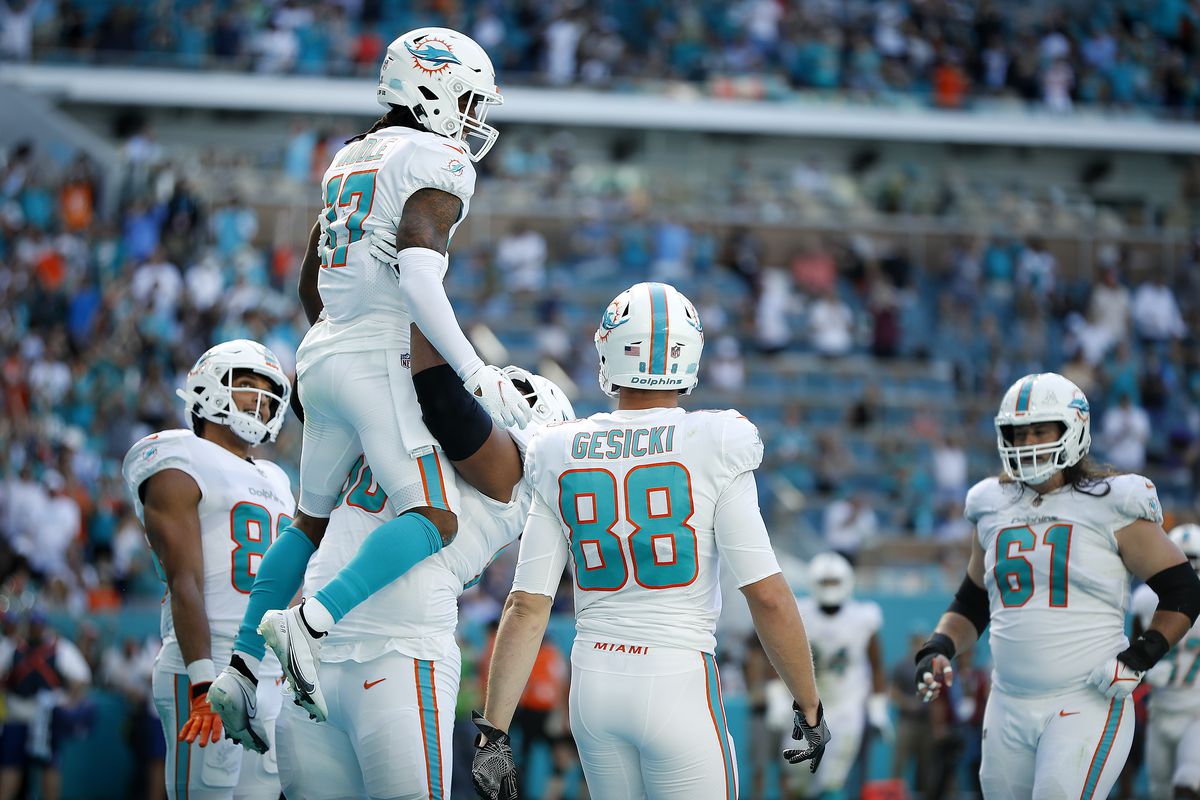 The Miami Dolphins beat the Carolina Panthers at Hard Rock Stadium Sunday to clinch their fourth straight W, 33-10.  Miami’s star receiver, Jaylen Waddle had 9 receptions and a touchdown for the surging Dolphins who now stand at 5-7, and have found themselves in the mix for a Wild Car spot.

Having his worst day arguably as a pro, Cam Newton was eventually benched for P.J. Walker.  The Panthers were shut down by Miami’s defense on the day, and have regressed as the season has gone on.  While both teams have the same record for now, there are very different feelings in each locker room. The bye week could not be coming at a better time for the Panthers, while the Dolphins will relish the opportunity to try and make it five straight against the Giants next Sunday.