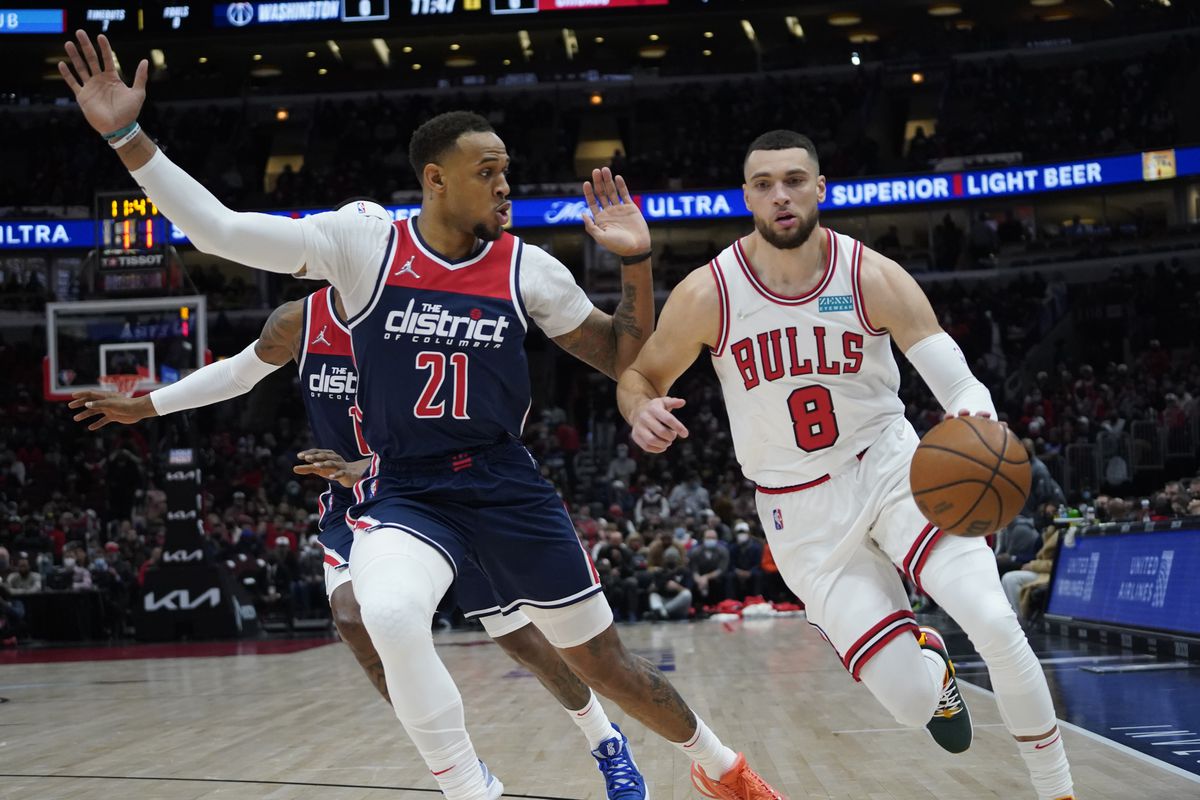 The 1st place in the Eastern Conference Chicago Bulls have been the biggest surprise thus far in the NBA season. The Bulls won their 9th straight on Friday night against the Wizards. The win streak is the longest the legendary franchise has had in 11 years.

The Bulls, like most professional sports teams have been hampered by injury and covid related issues, but have managed to find a winning way. Last night, behind star guard Zach LaVine’s 27 points they posted their 26th win of the season.  The Wizards started the season with a spark, but seem to have fizzled out a bit at this point.

The contest was close until the end of the third quarter, when Chicago began to pull away thanks to the aforementioned LaVine, and North Carolina product, Colby White’s 8 points toward the ladder end of the quarter.

After winning two games at the buzzer recently, Chicago was able to secure the victory virtually on cruise control.  Billy Donovan’s bunch will take their 9 game win steak into Sunday now against the formidable Mavericks in Dallas.