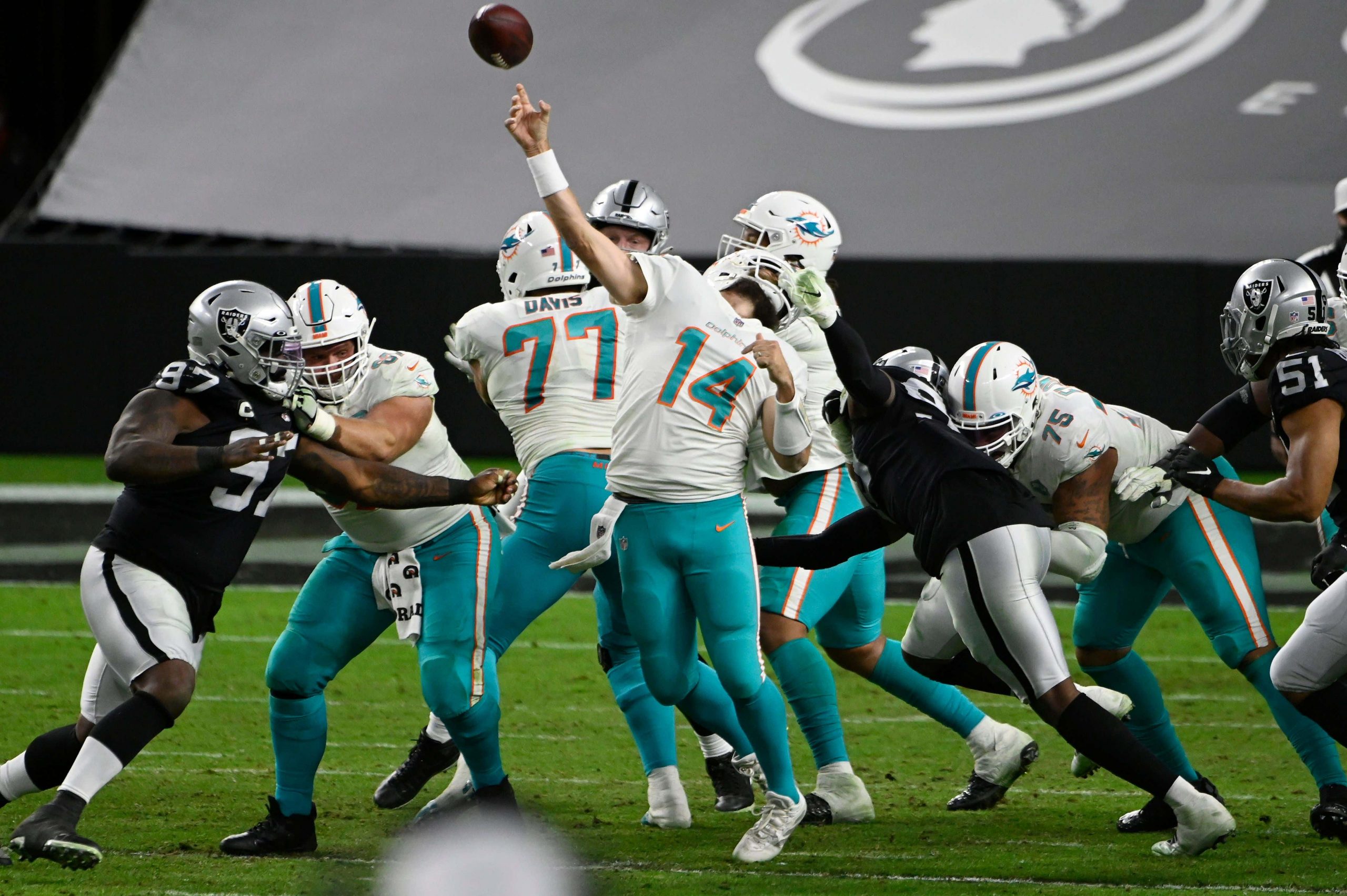 The difference between a good team and a bad team is that the good team wins games they shouldn’t, while the bad team loses games they should have won. On Saturday, the Miami Dolphins beat the Las Vegas Raiders 26-25 and need just to beat the Buffalo Bills next week to punch a ticket to get into the playoffs. The game could have been disastrous for Miami. Their defense was not up to their usual level as they did not force a turnover until the final play of the game, extending their streak to 20-games with a heavy asterisk. Tua Tagovailoa struggled and was benched in the fourth quarter. The Raiders were on the verge of victory before Ryan Fitzpatrick completed a 34-yard pass to Mack Hollins, while Arden Key was twisting his facemask. With a 15-yard penalty tacked on, the Dolphins moved into field goal range. Jason Sanders would kick a 44-yard field goal with one second left to win the game.