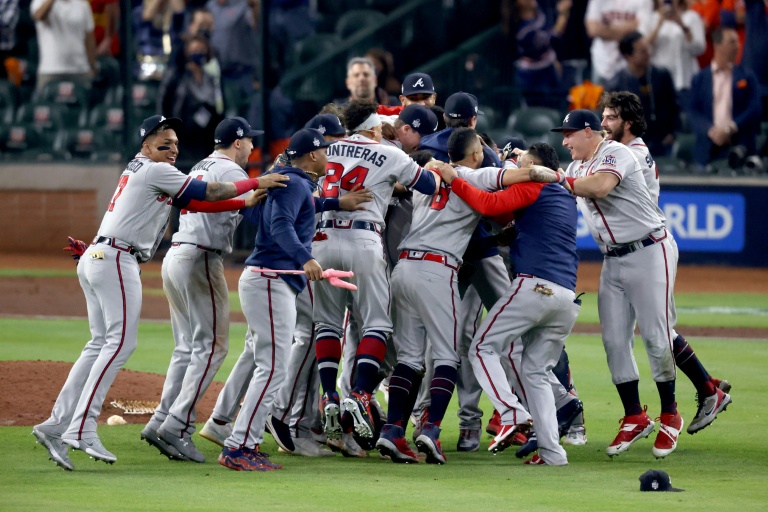 Behind the arm of lefty Max Fried, and the red hot bat of Jorge Soler, the Atlanta Braves win their first World Series since 1995.  After dropping the lead, and ultimately the game last Sunday in Atlanta, the momentum seemingly shifted back to the Astros.  However, the resilient Braves held firm, and clinched the Fall Classic in Game 6.

2021 is the 4th time Houston has clinched a pennant and played in the World Series, coming away with the trophy only in 2017.

Jorge Soler becomes just the third player to win the World Series MVP after starting the season with a different team (Kansas City).  It was a post-season of record breaking feats for Soler, as he also became just the 2nd Cuban born player to win MVP honors following Levan Hernandez in 1997.