From Åre, Sweden To New York 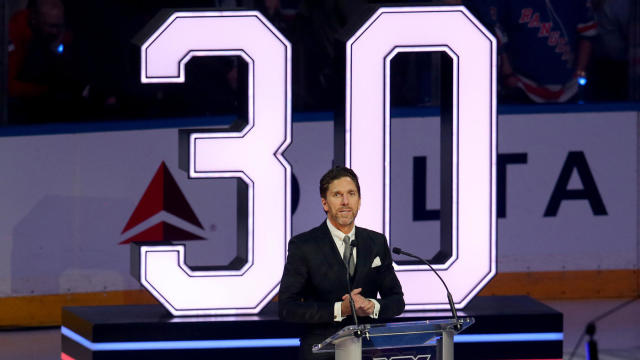 On Friday night a Rangers legend saw his number 30 rise into the rafters. “The King” played 15 seasons for the Rangers, was a 5-time All-Star, and won the Venzina Trophy in 2011-2012.  Lundqvist’s individual accolades are impressive, unfortunately he wasn’t able to lift the Stanley Cup after taking New York to the Finals in 2013-2014.  However, his legacy will now live forever in the Garden as one of the best players to ever wear a blue sweater.

On the ice, the Rangers hosted the Wild, and after a dominate first period going up 2-0, ended up losing to Minnesota 3-2.  Former Ranger, Mats Zuccarello scored a goal in the second period, and Frederick Gaudreau netted in the third period to score what was ultimately the game winning goal.

The loss is the second straight for New York, which sees them drop to third place in the Metropolitan Division.  As for the Wild, it’s their 4th win a row.  They move forward for a playoff push, and will travel to play the Islanders Sunday night.