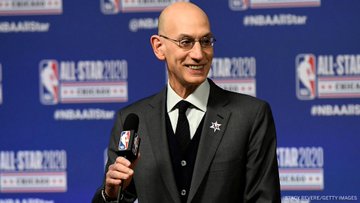 The NBA, which was the first league to shut down on March 11th announced plans to resume the season on July 31st at Disney’s Wide World of Sports in Orlando. On Thursday, Commissioner Adam Silver revealed the plan involving 22 teams with eight regular-season games before starting the playoffs. The NBA Finals would likely end in October, with the start of the 2020/21 season coming on Christmas Day. The NHL already announced similar plans with a 24-team playoff held in hub cities to limit travel ad exposure to the Covid-19 virus.