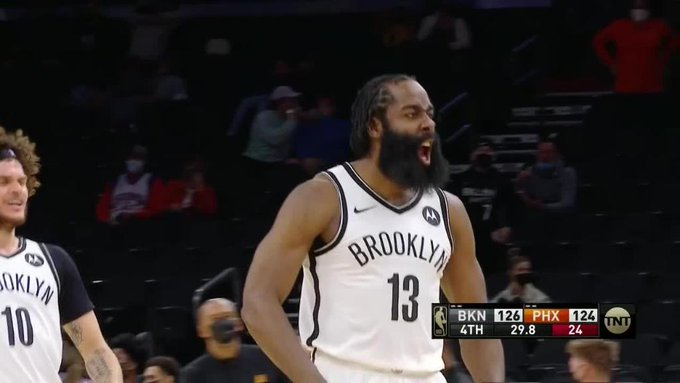 With Kevin Durant and Kyrie Irving resting, the Brooklyn Nets needed all they could get from James Harden as they took on the Phoenix Suns on Tuesday. Trailing by 24 points late in the first half, the Nets scored 72 points in the second half and scored a thrilling 128-124 victory. The Nets closed the game on an 11-0 run as they took their first lead with 33 seconds on a three-point bomb from Harden. James Harden ended the game with 38 points, 11 assists, and seven rebounds. The 24-point comeback is the largest in Nets history.