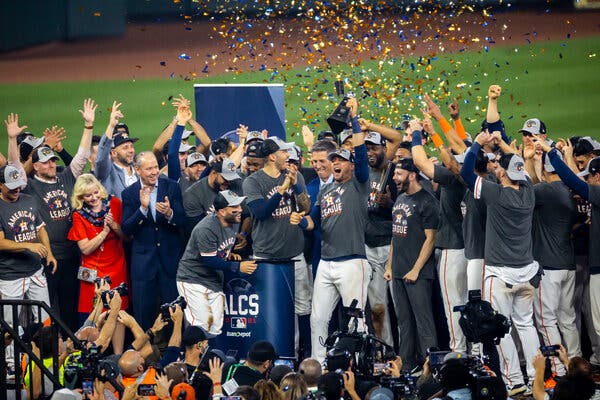 Behind the right arm of rookie pitcher Luis Garcia, the Houston Astros have won the American League pennant, and are back in the World Series.  Garcia provided 5.2 innings pitched, and 7 strikeouts to go with it, rendering the Red Sox bats virtually helpless.

Houston now awaits their opponent in either Atlanta or Los Angeles.  Game 1 of the World Series is slated for Tuesday, October 26th.