Houston Lifts Off, Raises Another Banner 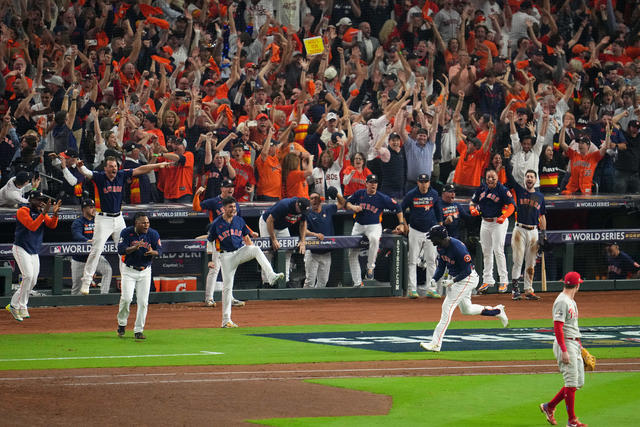 In their third World Series appearance since 2017, the Houston Astros are champions once again. Behind Yordan Alvarez’s 6th inning 3-run homer. Framber Valdez gave Houston 6 innings, allowing only one solo homer to Kyle Schwarber as well.

The NL pennant winners clinched the Fall Classic in 6 games this season, and have entered in the Dynasty conversation as they’ve represented to the AL in ALCS every year since 2017, and now have two titles to account for it.

Moreover, history was made with Houston’s future Hall of Fame manager in Dusty Baker. As Dusty finally has a World Series to go along with his impressive life long baseball resume. Baker now becomes only the third black manager to win a Fall Classic. The Astros have had to answer to many critics over their cheating allegations in 2017, for now, Houston will revel in the fact that those actions are behind them, as they’re champions once again.