Knights Flame Out On Wednesday Night 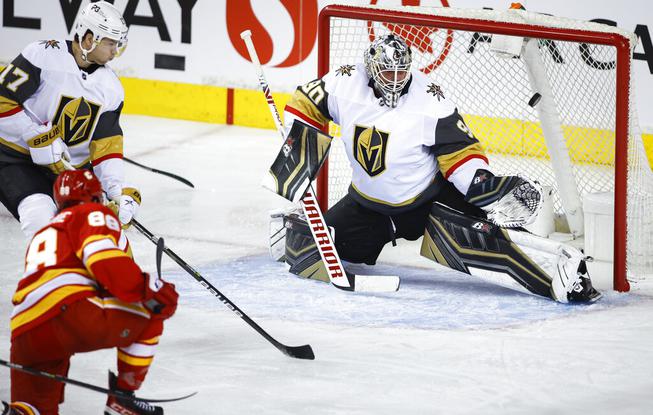 Matthew Tkachuk scored a flashy goal to finish off division foe, the Las Vegas Knights, but the game was far out of reach by that point in the third period.  At the the Scotiabank Saddledome, The Flames won their fourth straight, as they extinguished the Knights, 6-0.

Mikael Backlund filled the stat sheet with a goal, and three assists, and Andrew Mangiapane chipped in with two goals.  The win takes Calgary to 24-13-6 on the year.  Las Vegas remains in first place in the Pacific Division, but the loss snaps their 3 game win streak.

The Knights will chalk this one up as an all-around bad night, and get back on the saddle On February 16th, at home against the Avalanche.  As for the Flames, they’ll look to continue their positive run of play at home on February 10th, vs. the Maple Leafs.