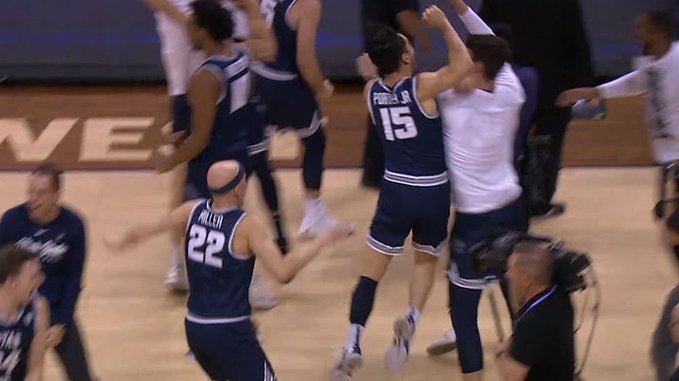 The first two spots in the NCAA Tournament were clinched on Saturday, as championship week has officially begun. In what already promises to be a wide-open tournament, Utah State earned the first of 32 automatic bids by beating San Diego State 59-56 in the Mountain West Conference Tournament. The Aggies stunned #5 San Diego State on a three-pointer by Sam Merrill with 2.5 seconds left. The Aggies will still get an at-large bid. The same could not be said with the loser in the Ohio Valley Conference as Belmont edged Murray State 76-75. The Bears are making their ninth tournament appearance, and still looking for their first win in the Big Dance. Three more spots will be earned on Sunday, with Big South, Missouri Valley, and Atlantic Sun Finals.