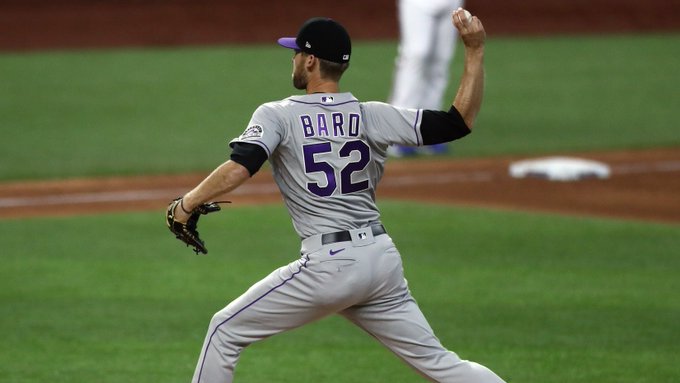 Daniel Bard was once slated as the Boston Red Sox closer of the future. However, somewhere along the way lost command of the plate and soon found himself in the minors and out of baseball. Bard was sent to the minors in 2013 and spent the next four years trying to get back to the big leagues before retiring in 2017. He spent the next two years as a minor league instructor when suddenly he found the command of the plate that he had lost eight years earlier. Deciding to take one more shot, Daniel Bard tried out with the Colorado Rockies and made the team. On Saturday, Bard made his first appearance in an MLB game since April 27, 2013. Bard allowed two hits in one and one-third inning, earning his first win since 2012 as the Rockies beat the Texas Rangers 3-2 at Globe Life Park.