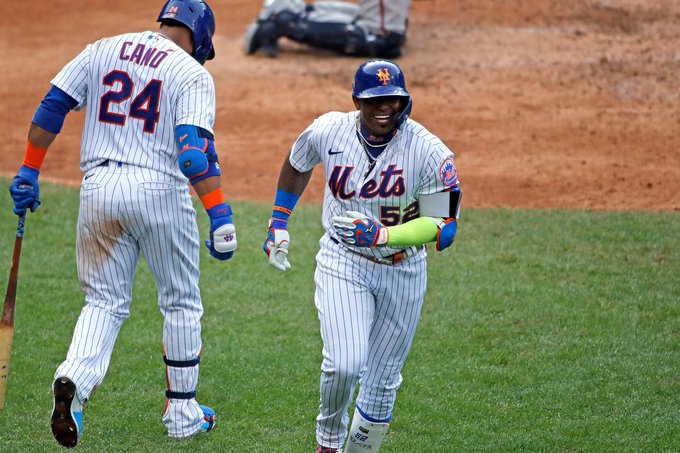 Thursday night’s doubleheader was just a teaser as a full slate of games was played on Friday with the rest of MLB in action. There were the usual old faces in new places and players returning from extended injuries. In this most unusual season, the only thing missing was the fans as COVID has left stadium empty, though fans gathering at home were certainly glad to see the baseball season get underway after a four-month delay. The Mets continued their tradition of winning on Opening Day, beating the Atlanta Braves 1-0 on a home run by Yoenis Cespedes. Cespedes had not played in two years after double heel surgery. Cespedes was a DH in the game, becoming the first player from a National League team to hit a home run as DH in a home game. Kyle Hendricks of the Chicago Cubs through a complete game beating the Milwaukee Brewers 3-0. The day ended with the first extra-inning game with a runner starting at second in the tenth inning as Oakland Athletics beat the Los Angeles Angels 7-3 on a walk-off grand slam by Matt Olson.