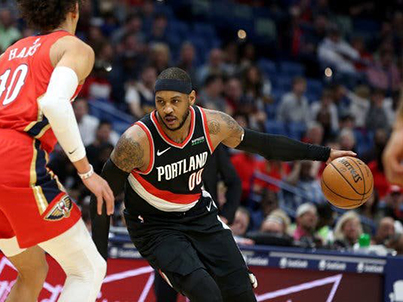 After nearly a year of inaction, Carmelo Anthony made his debut with the Portland Trail Blazers on Tuesday. Starting and playing 24 minutes, Melo scored ten points with four rebounds and four assists. The Blazers would lose the game 115-104 to the New Orleans Pelicans on the road. After a buyout with the Oklahoma City Thunder in 2018, Carmelo Anthony signed a one year contract with the Houston Rockets. However, he did not mesh with the rest of the Houston team and was benched while a trade was sought. Houston eventually traded Melo to the Chicago Bulls, who paid him not to play. Up until last week, Carmelo Anthony was unable to get a team to sign him as his reputation of being a ball hog scared teams away.