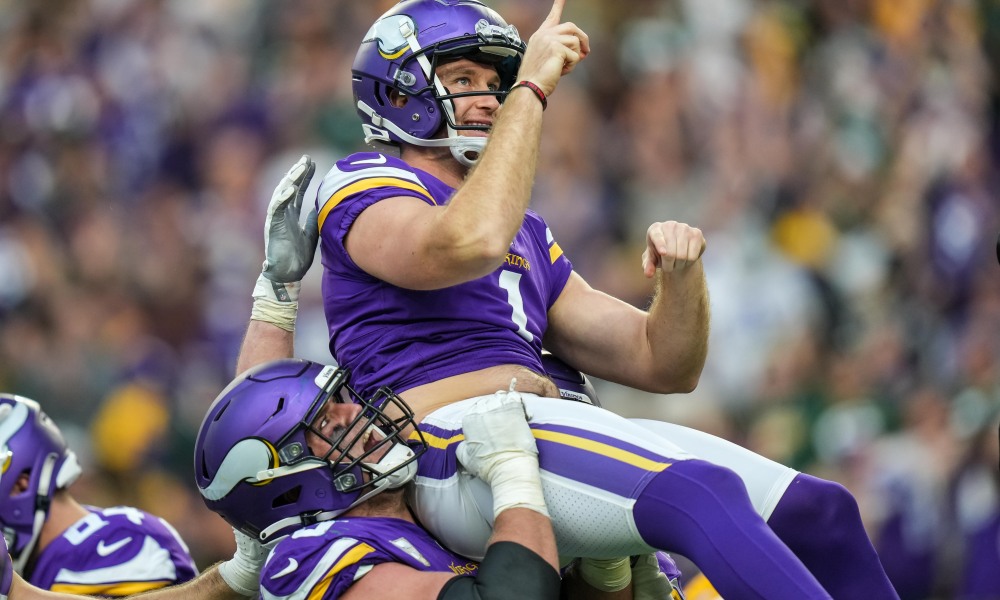 The Vikings welcomed NFC North division foes, the Packers to U.S. Bank Stadium Sunday, and won their 2nd straight game.  Green Bay’s offenses struggled to gain a rhythm throughout the game with their star running back Aaron Jones out injured.

It was Kirk Cousin and his pro-bowl caliber receivers, in Adam Thielen and Justin Jefferson that provided the game’s offense spark. In a tight second half, the game was sealed when Vikings kicker Greg Joseph hit the game-winner as time expired.

The 34-31 victory takes Minnesota to 5-5 on the season, and behind the Packers in 2nd place in the division.