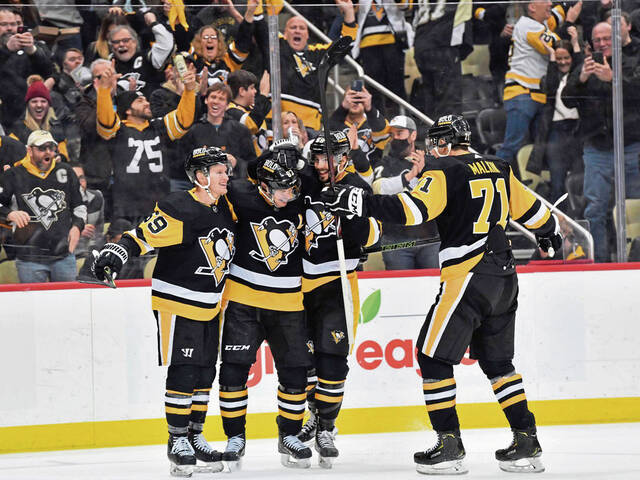 On Tuesday night at PPG Paints Arena, Sidney Crosby scored his 500th goal.  Crosby is the 46th player to achieve the scoring tally, and he did so in thrilling game.

After a 3 goal 2nd period for the Flyers, Pittsburgh found themselves down 4-2 going into the culminating period.  The Penguins rallied back though, and behind two goals from Jake Guentzel and Chad Ruhwedel that were only 18 seconds apart from each other.  Both goals pushed the contest to overtime.

In the extra period Kris Letang riffled home a no-look wrist shot to seal the deal for the home team.  The historic night belongs to “Sid The Kid” though, as adds to his already robust record cabinet.