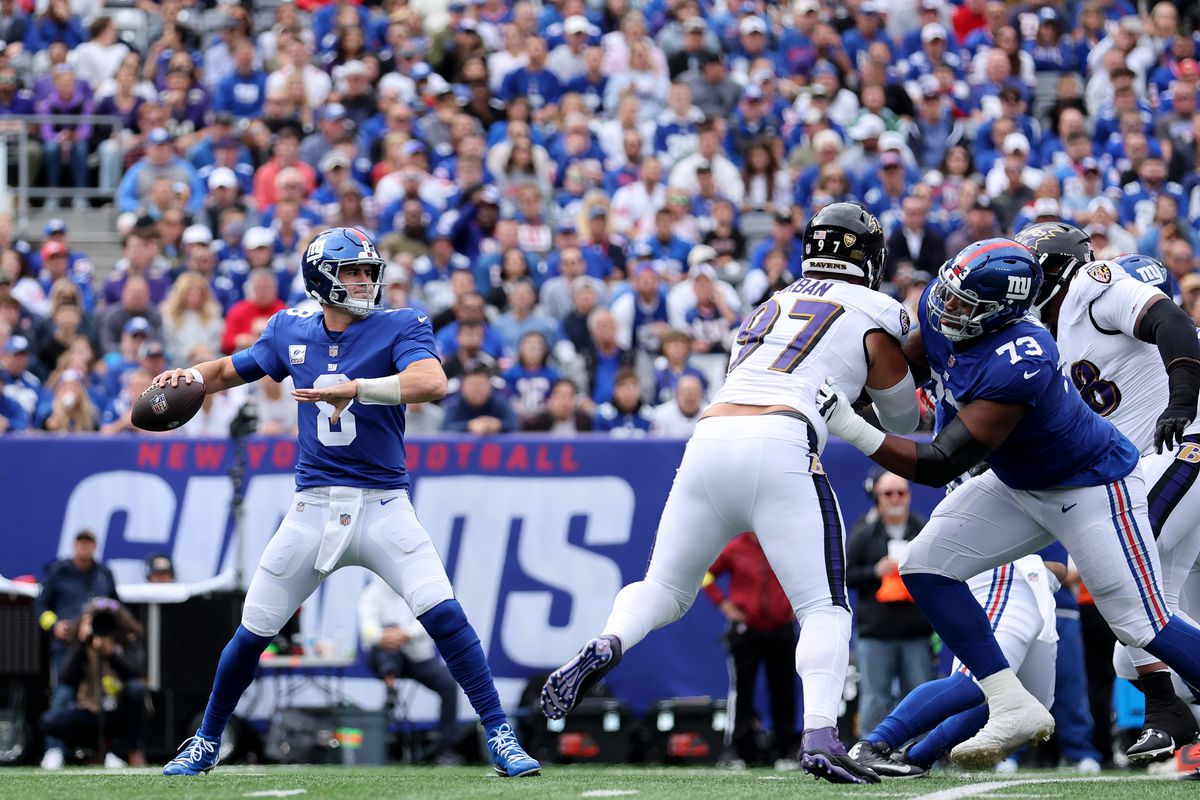 When Brian Daboll took over as head coach of the Giants, fans of the NFC East team probably didn’t think they’d be sitting at 5-1, second place, not only in their division, but within the entire NFC.

On Sunday the Giants came from behind, yet again, to beat a favored opponent in the Baltimore Ravens. Behind Daniel Jones’ no turnovers, the resurgence of Saquon Barkley, and an opportunistic defense, the Giants are arguably the story of the season a quarter way through.

After finishing last season with an overall record of 4-13, the bounce to 5-1 has been borderline miraculous considering they have not completely overhauled their roster. The former offensive coordinator of the Bills has changed the culture, and is surely a front runner for Coach of the Year.

After winning back to back games in underdog fashion, the Giants will now face a new test. As they head to Jacksonville, where they’ll most definitely be favorites. The question posed to Brian Daboll now will be if he can do both, win as an underdog, and win as a favorite.