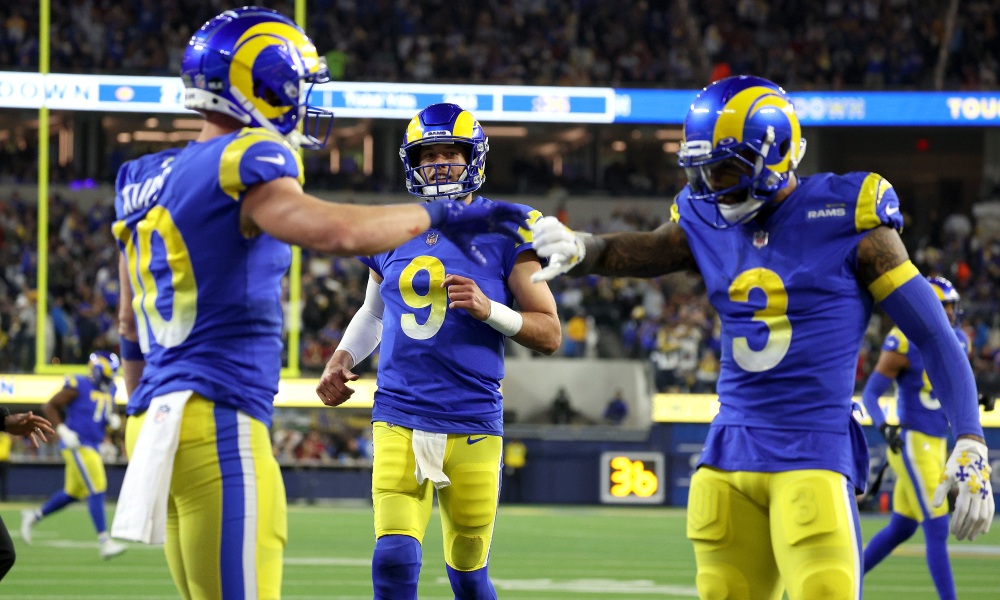 Super Wild Card Weekend came to a conclusion on Monday Night as two NFC West rivals squared off inside SoFi Stadium.  The Rams and Cardinals split the season series one game a piece.  On Monday though, it was all about one team.  The Rams jumped out to an early lead after QB, Matthew Stafford completed a 4 yard pass to Odell Beckham Jr.

The game spiraled out of control for the Cardinals as Murray was forced into errors leading to two interceptions on the night. The former overall number 1 draft pick’s playoff debut went the opposite of his counterpart.  Matthew Stafford, entering his 13th season, finally won his 1st playoff game.

The game was never in question as the Rams led 21-0 at half-time, and won the the postseason contest 34-11.  For the Cardinals, their hot start to the season has fizzled out, and they’re now left with more questions than answers regarding their franchise quarterback.  The Rams move on, and will now take their star-studded roster on the road to face the Super Bowl holding Tampa Bay Buccaneers.