Oh What a Knight 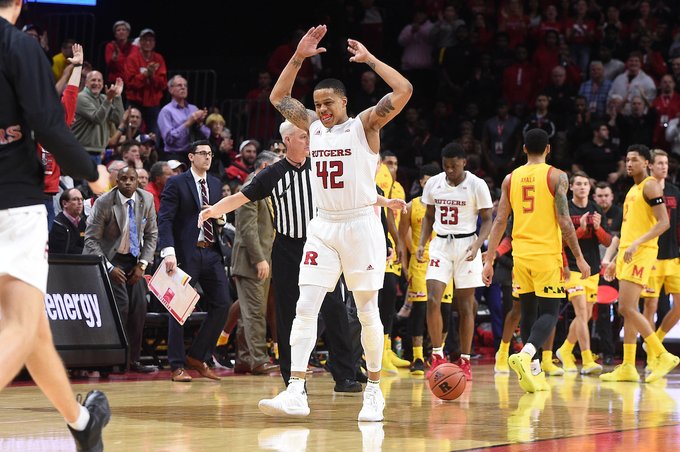 Rutgers moved closer to wrapping up a bid to the NCAA Men’s Basketball Tournament for the first time in 29 years, as they stunned #9 Maryland 78-67 in Piscataway. The Scarlet Knights have defended their turf all season, winning 18-of-19 games at the RAC. In a loaded Big Ten, Rutgers has held its own, with a 10-9 record. Earlier this season, they were ranked for the first time in 41 years. While they have struggled on the road, especially in conference, wins against Penn State, Seton Hall, Wisconsin, and now Maryland should be enough for the selection committee, as they hold a record of 19-11 with one game to go before the Big Ten Conference Tournament.