Pistons Top Warriors At The Buzzer 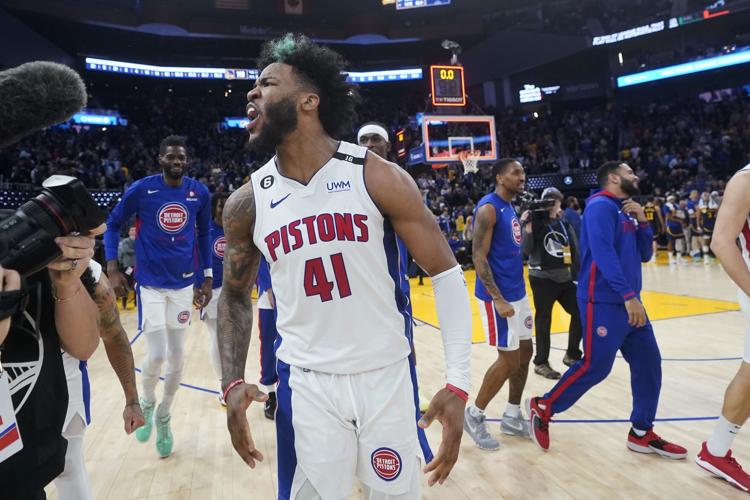 Wednesday night brought about a full slate of NBA action. One game in particular featured the Eastern Conference’s last place team with in the division against the defending NBA Champion, Warriors.

Golden State has struggled mightily during the first half of the season as they’ve hardly been able to stay above .500, and have had an abysmal road record. Playing without Steph Curry has exacerbated matters for Steve Kerr’s club as well. Last night’s game won’t make matters better either, as the Warriors fell to the Pistons 122-119.

Sadiq Bey drilled a 3 pointer at the buzzer to give the Pistons the win. The loss ends the Warriors 5 game win streak in dramatic fashion. Draymond Green was ejected after an altercation with Pistons forward, Isiah Stewart. Green’s play has been erratic as he’s been unable to keep his cool throughout the season.

While Detroit only has 11 wins on the year, they’ve swept the Warriors in their 2-game series this season. Golden State will yet again look to get on track again vs. Orlando at home on Saturday night.