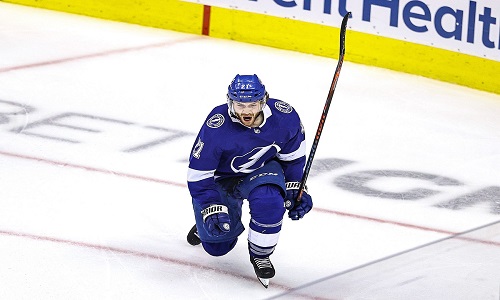 Lightning does not strike twice, or does it? Last season the Tampa Bay Lightning were stunned by the Columbus Blue Jackets in a four-game sweep after posting one of the greatest regular seasons in NHL history. This year they exorcised the demons by beating Columbus in five games. The series started with a classic five-overtime marathon with Brayden Point delivering the game-winner for Tampa. On Wednesday, Point did it again, scoring an overtime game-winner as the Lightning advanced with a 4-3 win.  Also moving on in five games, the Boston Bruins, who beat the Carolina Hurricanes 2-1, while the Colorado Avalanche buried the Arizona Coyotes 7-1.