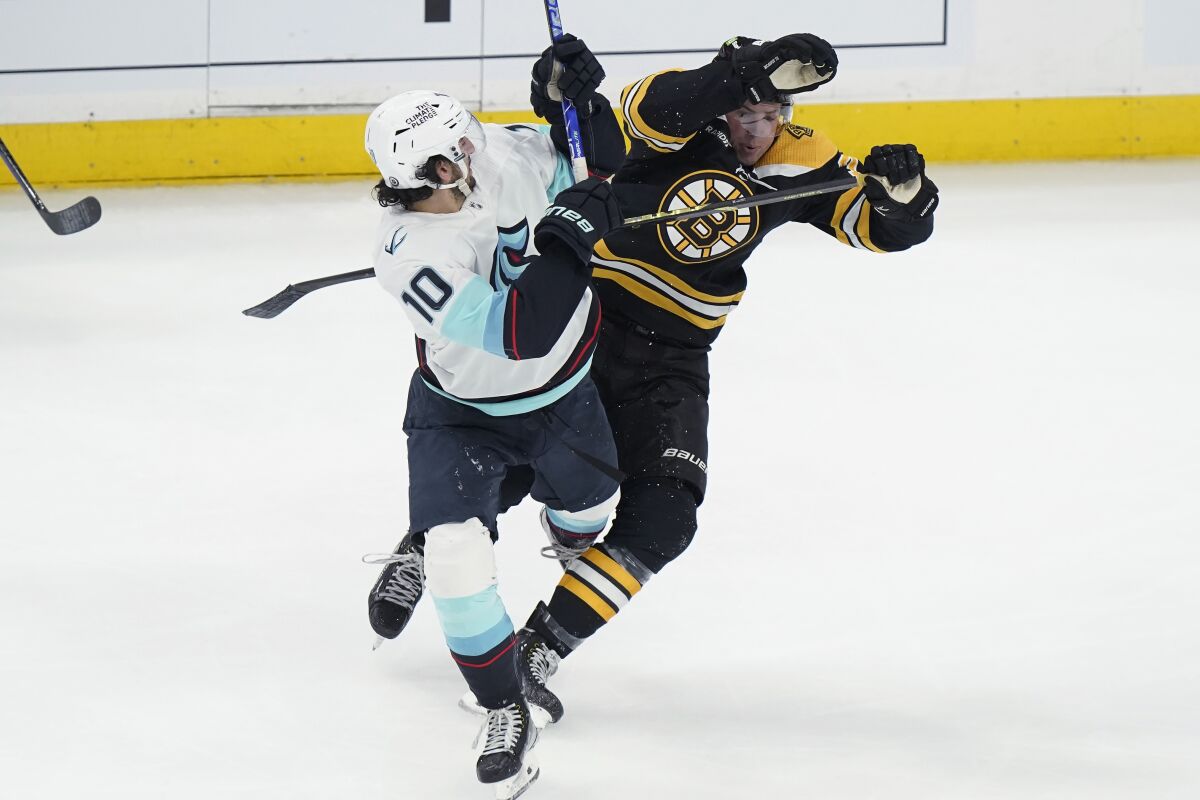 On Thursday night at the TD Garden, the Boston Bruins suffered their first loss on home ice to the upstart Seattle Kraken. Seattle, a surprise team thus far into the first half of the season has now won their 7th straight game, and find themselves in the hunt for first place within the Pacific Division.

Not only did the Kraken beat Boston, they blanked them, thanks to Martin Jones’ shutout. Daniel Sprong opened up the scoring for the Western Conference squad, and Jaden Schwartz’s empty netter finished off the Bruins.

Boston’s record is still impressive at 35-5-4, they remain atop of the Eastern Conference as a whole. They’ll get a chance to get back into the winning column on on Saturday night, as they’ll welcome division rivalry, and 2nd place Maple Leafs to the Garden.