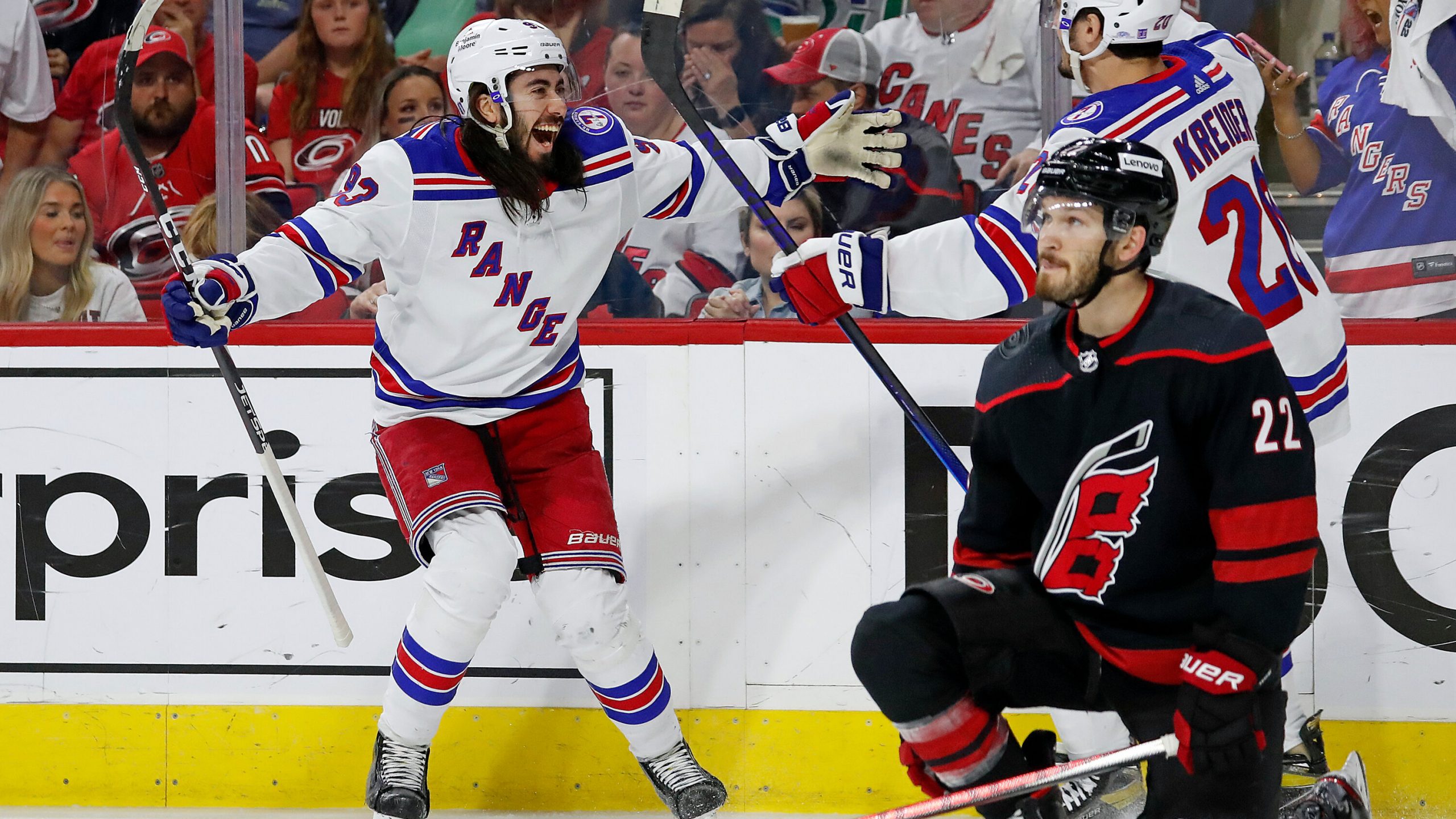 On Memorial Day the New York Rangers traveled to PNC Arena to take on the Carolina Hurricanes in Game 7.  Two franchise’s with impeccable records in elimination games, the Hurricanes were collectively 6-0 in close out games coming into the contest.

They’re now 6-1 as the Rangers bested the home team 6-2 on the night.  New York got off to a hot start with first period goals from Adam Fox and Chris Kreider.  The Rangers were seemingly first to every puck, and anchored by goalie Igor Shesterkin.

Things went from bad to worse for Carolina when starting netminder Antti Raanta left the game in the 2nd period with a leg injury.

The close out victory brings the Rangers back into the Eastern Conference Finals for the first time since 2015.  They will have home ice vs. the back to back defending champion, Tampa Bay Lightning.  Game 1 is slated for Wednesday night at The Garden.