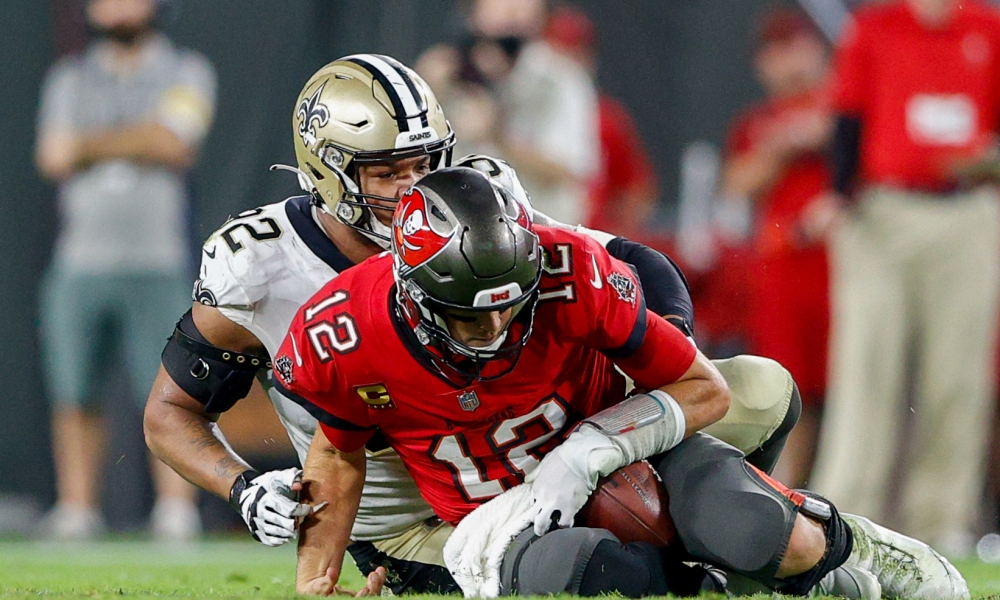 In an ugly game all around, an NFC South matchup had very little scoring, but quite a few storylines. In an attempt to revive their season, the Saints have now won two-straight, and are 7-7 on the year.

The game was overshadowed by potential serious injuries to the defending Super Bowl Champs. Chris Godwin, Mike Evans, and Leonard Fornette all left the contest and did not return. Tom Brady was left scrambling and pondering his immediate, and long-term future this season.

The Saints defense pitched a shut out, and won the game 9-0. Brady threw an interception, and fumbled once.  C.J. Garder-Johnson led New Orleans in tackles, and recorded the INT off the Hall of Fame QB.

The Bucs are now 10-4, and still remain in 1st place in the division. However, it remains to be seen if their season will become derailed due to injury now.